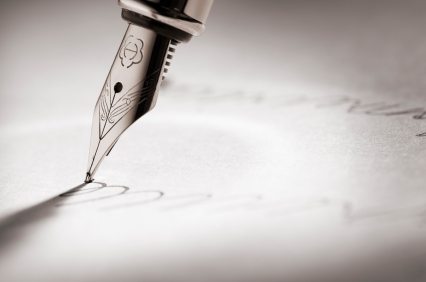 Hands up, who would feel lost without their mobile device? Now, hands up who still keeps in contact the old-fashioned, snail mail way? I garner not a lot.

But technology doesn’t always work – what happens then? The amount of times a train breaks down or a tripped wire plunges your house into darkness is astounding. Many would no doubt agree that even the amazing solutions and products produced by technology come with some aggravating flaws.  Two months ago, the Real Business offices came to a standstill thanks to a major outage at our data centre. No internet connection, no phone lines, but plenty of journalists squinting over the tiny screens of their mobile phones to use the web. As a digital magazine, we had a problem. Then again, most businesses would feel a little helpless without an internet connection. It’s not so easy to pull out a stack of papers and files from the bookshelves and continue on our merry way anymore. The effect of an outage, even for only a few hours, will show on a company’s balance sheets. Yet technological innovation still continually upgrades outdated business models.
Here are some examples of how technology has pulled us away from one product to the next, effectively influencing the downfall and rise of “empires”.

The vinyl record and cassette tape are now a rare find because of the CD: it’s easier to maintain, find and use in a range of devices such as disc-men or even your car. But where is the CD heading now? As technology adapted to produce a better sound quality and create more space for songs, consumers scrambled to get the latest inventions, such as the iPod and mp3. By using these compact and portable devices, those long towers of CD covers taking over the living room floor could finally be thrown away to reveal a carpet! With the increase in data and the changes that internet has faced, music is now readily available for download, something that iTunes and its host of iGadgets take advantage of. It is plausible to say that 90 per cent of individual songs and albums are available on torrent sites and piracy websites before their scheduled release, which has greatly impacted music sales. Music stores are needed less as internet activity increases, a contributor to the closing down of HMV. Even music artists must now come up with new methods to entice consumers to legally buy their albums.

The video tape is a thing of the past – who can remember the last time they saw a store that sold them, let alone someone that owned one. The DVD was the next great invention to the video world as the CD was to the cassette. Even then, the DVD has gone through a complex evolution process that will probably exterminate what we know as the average DVD. Though the changes are slow, more people are attracted to the ever-increasingly popular blue-ray – still a DVD, but one of better quality than its predecessor. And what of the 3D DVD? It’s still a new concept, but it’s been reaping positive results so far.  The greatest nemesis for a video rental store is piracy and they seem to be fighting a losing battle. Stores such as Blockbuster are closing their doors due to the lack of video rentals and increasing downloading and streaming from websites. It’s companies such as Netflix, which ship right to your door, and LoveFilm that are still thriving in this environment. At a cheap price per month, you can flick through a vast variety of movies from your seat in front of the TV. The film industry will probably never fade as updated graphics and sound are constantly changing the quality of movies, however, perhaps the most surprising attribute is its influence on theatres. Due to the amount of people streaming over the web, fewer people have started going to the cinema. Why wait for a movie you wish to see hit the big screen when you can watch it as soon as it’s released on the internet?

With the greatest risk of falling behind, the media industry has gradually begun to see a change.  With devices such as iPads and tablets, magazines and newspapers can now be viewed online in a more compact display. However, they jumped on the band-wagon straightaway. Many companies have stopped printing altogether and have opted to publish their news on the web. Those that haven’t made sure to add an online version as an optional way to view their newspaper. There are various apps that can be downloaded for most of these companies. While this is a great way to save the trees, and social media has probably boosted sales, what happens when it all goes wrong? Although the printing of newspapers has declined, technology has actually made the printing process easier. Printing books and magazines have become more efficient and faster with new digital printing equipment. That being said, e-readers have started replacing books and magazines as well. The number of applications allowing people to buy and readbooks online have increased – will the book be resigning from the shelves in the near future? Consumers have come to expect too much of technology – it is spoiling us. We no longer have to go to the shops for the traditional browse, with one flick of the finger across your phone the catalogue is right in front of your eyes. You don’t even need to shop for food, it comes straight to your door. What is next? Remote-controlled chairs that will carry us to wherever we want to go, Wall-e style? We encourage the development of technology in both the field and as an interest for children, but every now and then, they might need to be reminded of the old-school basics – just incase technology fails one day and we no longer know how to survive on our own. By Shané Schutte