With more exciting features such as virtual reality headsets getting ready to hit the industry in the coming months and years, it seems there are no limits on the potential of the gaming sector.

So, what advancements can gaming companies look forward to?

As with any cloud-based technology, the primary benefit of a system like this is that it can be operated remotely. This means that as long as users have the right kit to play the game, they can pick up where they left off – no matter where they are geographically. However, cloud-based gaming has another benefit that goes beyond the more developed user experience.

In the past, games were often inevitably stored entirely on local hardware – which limited the amount of potential power they had, as hardware storage required lots of memory. Now, they can be stored on cloud-based servers that expand and contract based on demand – meaning that there’s no need to be limited by hardware size.

Advancements in cloud technology have also had a knock on effect on online payment methods for in-app purchases. This is particularly useful for gaming, ecommerce and other applications. For gamers in-app purchases are a complete game-changer. It has helped enrich user experience, which is always the goal.

Improving user experience is often the key focus for software developers. Without new ideas and technologies, it would be hard to achieve this. No doubt more innovations will appear in the future. All of them, of course, will stem from the pioneering work of cloud technology.

It’s clear the biggest change lies in the power that virtual reality (VR) has to transform the gaming world. In fact, some would say that VR was originally envisioned solely for gaming.

While this technology is not yet widely available to many gamers, it’s something that a lot of people are excited about. This is due to the new possibilities that VR could bring to gaming. Listed below are the biggest reasons gamers are getting all hyped up:

The VR world is also important for the economy. Studies have shown that the size of the global consumer VR market both in terms of software and hardware is expected to hit $19 billion by 2021.

While VR is also important in other sectors such as television and film, it’s believed that almost half of the VR software market this year will be devoted to games – suggesting that without the involvement of the gaming sector, the overall VR market would look a lot smaller.

VR is not for everyone, however, and usually this is for reasons of cost or simply the intensity of a VR experience. Instead, a common alternative is augmented reality – a gaming system where the user’s experience of the real world is aided by additional graphics or other elements.

One of the most popular examples of augmented reality from recent years was Pokémon Go – and with that game scoring over 60 million active monthly players, it’s clearly something that is likely to grow in the gaming world as time goes on.

Rumour has it that an augmented reality Harry Potter game is on the horizon. Should it be released, it would leave the door open for other huge franchises. Something that would go down well with all the gamers out there. 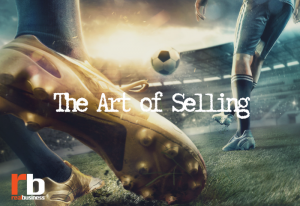 The Art of Selling: 6 ways your sales team can leverage lessons from the World Cup