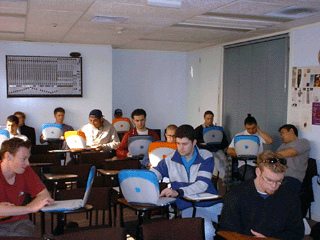 Share via
The digital life of the average UK teen includes six digital devices and access to 192 GB of storage, while two-thirds are creating and actively sharing videos online, according to a Logicalis UK report, conducted by Youngbods. This connected generation consider Maths, English, Science and ICT the four most essential subjects to study, and IT and Science top career choices. The findings also demonstrate a demand for change in the workplace of the future. Gerry Carroll, author of the report at Logicalis UK, comments: ?The statistics show a highly connected, commercially aware generation that is pursuing careers in STEM industries, and whose instinctive ICT skills could bring innovation and greater productivity to the workplace.?This generation has the potential to deliver a digital dividend; an economic return on their ICT skills. But it won?t happen by itself. The challenge for Government, the education system and employers is to sustain this generation?s interest in the professions and industries that give Britain its competitive edge.?

The report provides a unique insight for universities, employers and Government into how this generation will influence our economy and change the workplace. Carroll adds:??The Realtime Generation is expecting to use the technologies and devices to which they?re accustomed, throughout their education and into their careers. A student body or workforce that uses its digital know-how to improve performance or increase productivity is a highly attractive proposition. The nation will only benefit from this opportunity, however, if the infrastructure and working practices are in place to accommodate this generation?s expectations.? Image Source By Shan? Schutte