Sick days have become a topic of much debate. Bosses are told it will set their company back in terms of revenue, while at the same time it’s suggested ill workers in the office are less productive and could infect others. And it seems some employees are taking advantage of the conundrum by using bad sick day excuses to give themselves a fun day off.

By bad, we mean they obviously didn’t think things through before they talked with management. No excuse could top “my dog ate my homework”, right? You’re wrong. CV-Library recently took a look through its 1,300-strong survey responses and found fake sick day excuses – horribly thought out ones – to be more common than you’d think.

Some 79.7 per cent of staff have pulled “a sickie” in the last year – they really weren’t sick – with 17.5 per cent of them relying on a sneaky lie to further get themselves off the hook. Remember how everyone reported a lack of employees in the office on 25 April 2016? They were probably watching the season six premier of Game of Thrones, which aired in the early hours of a workday.

Looked into by Lottoland, it seemed 47 per cent hadn’t booked the day off as a holiday, instead they called the office and delivered a quick “cough, cough, oh no I can’t make it” performance.

At least 52.5 per cent of staff feel guilty about their sick day excuses – with women more likely to regret their decision than men, CV-Library unveiled. This guilt, according to 50.6 per cent, is because they feel they’ve let their colleagues down.

Lee Biggins, founder and managing director of CV-Library said: “It’s clear professionals are still taking unnecessary sick days, giving a whole host of excuses for not turning up to work. But while it might seem like a good idea at the time, many workers are feeling the guilt, recognising that their decisions have a wider impact on their team and workload.”

Indeed, the guilt is a sign no malice is meant. But there must be a reason why staff have taken to excusing themselves even if they think it would reflect badly on them – 13.2 per cent think actual sick days are frowned upon to begin with.

Some believe they truly need some extra time off beyond their holiday leave entitlement. It turns out 43.4 per cent just feel too tiered, with the office stress taking its toll. This figure rose to 48.4 per cent when it came to those aged 18-24, and staggered to 65.2 per cent for 55-64 year olds.

Bosses, however, often know when a lie comes their way. Despite this fact, 86.1 per cent often understand why a “sick day” is needed. That’s less so the case for the 9.2 per cent who simply drank too much the night before – or the 13 per cent that “just can’t be bothered”.

Not wanting to get on a train with a hangover in the way is by far a better excuse than what some employees choose to use – and for those hoping to spot a fake “sickie” from afar, here’s CV-Library’s list of worst excuses. Do any sound familiar?

1)  “I have blisters from wearing new shoes on Saturday night”

7)  “My boyfriend changed his relationship status on Facebook to single” 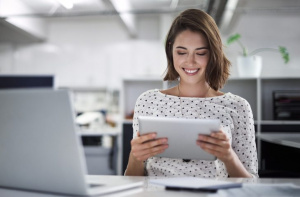 Broadband doctor: The perils of too many smart devices connecting to your WiFi