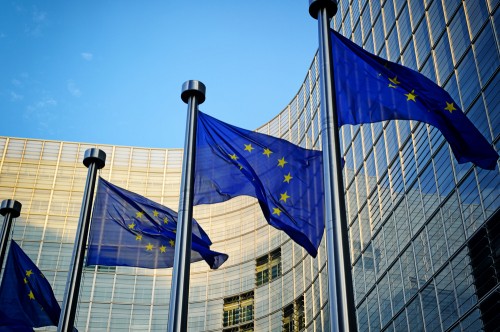 Currently our overseas trade is tied to EU policy and trade agreements. These are not all bad but none add to our ability to compete wherever the UK wants to. It’s actually the opposite in many cases, where our industries are bound up in the common interests of all EU members which is often not in the UK’s interest. To a large extent, the EU operates as a commune. Communes are notorious for fudged committee decisions and inefficiency; the EU is no exception.  The UK is perfectly able and would be entitled to strike its own trade agreements around the world if it left the EU, and given that the UK is the world’s fifth largest economy it is certain that most countries will want to trade with the UK. Trade with the EU will continue after Brexit and our competitiveness will increase due to greater efficiencies. Currently the UK imports far more from the EU than it exports, indeed the EU is the UK’s single largest area of trade deficit.

The UK’s net payment to the EU is currently £10bn per annum. If the UK left, the EU would lose contributions of up to eight per cent of the EU budget, reason enough for the EU not to want to lose the UK. So whatever unseen or un-measured benefits there are to the UK it must exceed £10bn to justify being in the EU. No one has managed to quantify this benefit so in pure profit and loss terms we should exit.  Some would have to go to agriculture to keep it afloat but that would not be a problem: currently the UK contribution to EU agriculture is £6bn and UK farmers get £3bn back so Brexit should be very good for farmers if the UK treasury is allowed to support agriculture.

The UK can be self-sufficient in fish but the EU’s common fishery policy means that industrial trawlers from other nations come to our fishing grounds and deplete stock. Despite this the EU imposes quotas on the UK.

The UK has the finest legal system in the world and yet it is now subservient in most matters to a higher EU court. This adds cost, complexity and reduces the efficiency of the UK legal system.

This is the political “hot potato” but the issue of how the UK borders are controlled should be a sovereign right of the UK. The UK should have the choice of who should be allowed in and who not. This is not about xenophobia or stopping migration, it’s about common sense and managing the population to match the infrastructure. Read more about the Brexit debate:

With border control goes the opportunity to better control all movements and thus increase security. Given the global nature of security issues today, all security services are co-operating and will continue to do so. In addition, the UK belongs to NATO which is a more significant security organisation than the politically led EU defence body which has achieved little.

Outside the EU, the UK will be more efficient and geographically well placed to trade with Western and Eastern Europe. This will make the UK one of the most attractive nations for investors in industry and business.

The extent to which a culture of bureaucracy has gripped the management of the EU is legendary. With too much time and money on hand the bureaucrats have seemingly invented regulations because it is their job, not because they are a good idea. Take, for example, the throwing away of dead fish because they were caught and would exceed quota.

To suggest that the City will be in some way isolated and disadvantaged by being outside the EU is to ignore the fact that finance is far less governed by borders and more governed by global opportunity and free capital flows. This in turn is highly influenced by the fiscal framework. Outside the EU, the City as well as industry would be able to set tax and investment rules that are attractive to overseas investors and beneficial to the UK. The UK sits outside the Eurozone but the Euro currency is a badly broken model that will never be repaired and condemns southern Europe to centuries of hardship. Such a currency at the heart of the EU can only reduce the EU trading bloc’s ability to compete in the world.

A huge number of decisions on UK policy are made by unelected and effectively unaccountable bureaucrats. This is a fundamental flaw in the EU system but one that would be hard to fix. The EU is arguably too large, diverse and complex a body to be manageable. Leaving the EU would enable the UK to make its own policy decisions and do so through an elected body. With the vote on whether the UK should leave the EU just over three months away, Tech City UK CEO Gerard Grech and StartUp Britain co-founder Michael Hayman have highlighted how important Britain’s relationship with Europe is for digital businesses – but differed on how well it is currently doing. Stephen Archer is director at Spring Partnerships.