The round-up of sick day excuses comes alongside National Sickie Day, a trend which marks a surge in the number of employee absences from the workplace on the first Monday of February (this year on Monday 6 February).

It comes on the back of people being paid for the first time since Christmas, while dry January will be over – a combination that could result in hangovers from hell.

But when it comes to sick day excuses, Powwownow discovered that these vary by country.

Indeed, British workers seemingly can’t resist the urge to unlock their inner storytellers, as 21 per cent give bosses wild reasons for being absent, compared to 11 per cent and seven per cent of employees in France and the Netherlands respectively.

Meanwhile, gender and age are key factors when it comes to creating sick day excuses. Some 38 per cent of women are more likely to fake illness, compared to 21 per cent of men.

The ten most terrible sick day excuses UK bosses have heard are:

(6) “My partner handcuffed me to the bed and then left with the key.”

(10) “The supermarket ran out of vegetables; now I’ve got scurvy.”

“It’s interesting to see that so many Brits give bizarre excuses when calling in to work sick!” said Jason Downes, MD of Powwownow.

“As an employer, I think it’s important that we encourage staff wellbeing, and ensure that they are motivated and encouraged to work and stay productive.

“Through offering flexible working, and allowing staff to work remotely with hours that fit around their lifestyle, employees will be more motivated and less likely to call in sick.”

Although British workers are more likely to give crazy sick day excuses than European neighbours, the most common excuse with 46 per cent is having the flu. Must be something to do with the lovely weather we’re having. 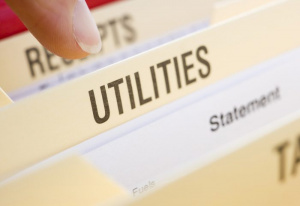