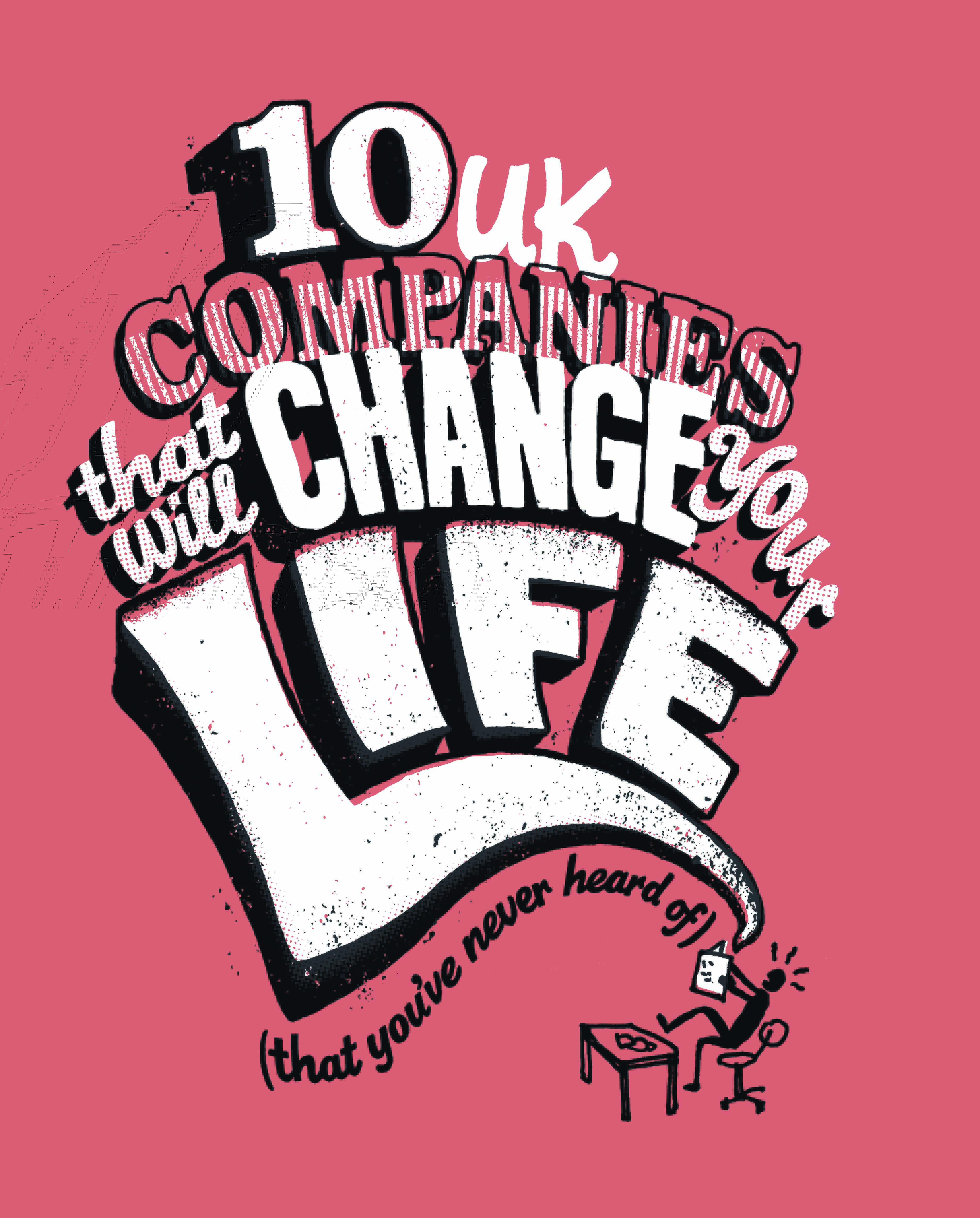 What it does: online video search engine – lets you watch anything, anywhere

Blinkx is the one company on this list that you may have heard of. Billed as the “remote control for the video web”, this British-born company is now the world’s largest video search engine, and it’s changing the way people consume video. Long gone are the days of having to go to a rental shop (such as Blockbuster) in order to rent a film – you can just watch it after a few clicks on Blinkx. Founded in 2004 by ex-Autonomy employee and Cambridge graduate Suranga Chandratillake, Blinkx has indexed upwards of 35 million hours of video content from thousands of sources, including exclusive content from more than 700 content partners. Video is one of the next major markets to be fully exploited online, and Blinkx wants to be leading this. As TV and user-generated content on the internet explodes, Blinkx’s search technology – backed by Autonomy – crawls, listens to, and watches, the web. There are better-known online video sites out there, such as YouTube, but Blinkx’s proposition is different. Blinkx doesn’t host videos, it acts as a search engine, linking to content the way Google indexes websites. This means that Chandratillake doesn’t have to worry about licensing and copyright issues, and that Blinkx can offer much more accurate content to users, sending you to other sites such as YouTube, BBC iPlayer or other video hosting sites, to watch what it is you’re looking for. Going forward, Blinkx will play a big role in your daily entertainment. “You’ll find that soon you’ll consume more and more online content via your TV and mobile phone,” explains Chandratillake. “With this growth, there’ll be a big need for an accurate search engine, so you can find what you want to watch. We want to be a true remote control for online TV.” Blinkx is already working with TV and mobile phone manufacturers. The next generation of Samsung Galaxy phones will come with a video app provided by Blinkx, for example, and the company also signed a deal with Miniweb, the company that manufactures Sky set-top boxes, to integrate Blinkx’s search technology. Although it’s still making a loss, this AIM-listed company already has an impressive £33.4m turnover. And with its strong parentage in Autonomy, it’s one to watch.

What it does: vocational qualifications – keeps you learning your whole life

Education has a huge role to play in coming years – not just traditional university education, but vocational qualifications in particular. Young people want to specialise in a job and employees want to learn more. This is the space where £28m-turnover Education Development International (EDI) is making its mark, and we believe this company will change how Britain learns. EDI is accredited by the government to award more than 370 types of vocational qualifications, and it quality assures more than 400 training programmes. These work-based learning qualifications are what we’re talking about: employers get better-qualified employees, and employees are more motivated and knowledgeable. Like every other business in this list, EDI is international in outlook. EDI awards the range of London Chamber of Commerce and Industry international business qualifications, working with more than 5,000 schools, colleges, universities, training organisations and employers in more than 120 countries. Forty per cent of sales are overseas. It’s a big market. The UK vocational qualifications and international qualifications markets are sized at more than £300m and £1bn respectively. Against this background, EDI’s wants to grow sales at 20 per cent per annum, with the objective of becoming the clear number two to City and Guilds. In moving from being a “big little company” to a “little big company”, EDI is racking up some big-name customers, including Sainsbury’s, Virgin Media, Qantas and Cineworld. How does EDI differ from its competitors? While its competitors seek to provide just a qualification-awarding service, EDI works with its customers to make the whole training process, including the awarding process, more effective and cost-efficient. For example, Sainsbury’s typically has a 28 per cent per annum frontline-staff turnover. EDI was able to justify the cost of designing and certifying Sainsbury’s in-house training programmes (with qualifications in jobs such as merchandising and stock-taking) by demonstrating that if Sainsbury’s can reduce its staff turnover by two per cent annually, it pays for the entire training programme.

What it does: online music store – combines music and charity donations

Have you ever thought that spending all that money on iTunes is a waste? That you’re just helping already-rich record companies and artists get richer? So have we. That’s why we’re including Fairsharemusic in our list of ten companies that will change your life. Fairsharemusic was set up by Lee Cannon and Jonny Woolf. The company’s proposition is simple: it isn’t any different to any other music download site, except that for every track you download, it donates half of its profits to your chosen charity. The more you download, the more it donates. Cannon and Woolf both come from music backgrounds, having spent the past 20 years working for major record companies. But after working on a charitable project together, they decided to set up their own business, Fairsharemusic. “We sat in our office one day and said, ‘Wouldn’t it be good if we could use music to help charities?’” explains Cannon. “That’s really where the idea stemmed from, and we thought of combining music downloads with online giving. Our idea was to bring these two markets together, embedding generosity into music.” So how does it work? Prices start at 79p for a single – the same cost as a track on iTunes – and albums generally start at £4. Of a 79p track, usually 57p goes straight to the record label and music publisher, 12p goes to the taxman, 3p goes to the bank to process the payment, and whatever is left (in this example, 7p) gets split 50/50 between Fairsharemusic and your chosen charity. It doesn’t sound like a lot of money, but when you stop looking at it from a single-track perspective, the sums escalate. “People don’t just download a 79p track,” says Cannon. “Because of the feel-good factor, people are spending more with us than they usually spend on music.” While average basket sizes for the industry are £4, Fairsharemusic is seeing an average of more than £7 a pop. The customer conversion rate is also strong: 53 per cent of people who register on the website buy something. Cannon and Woolf have realistic targets, too – they hope to capture 0.2 per cent of the UK download market in the first year, 0.5 per cent in year two, and get up to one per cent in year three. The microdonations will quickly add up to significant amounts: if 100,000 people download one album a month with Fairsharemusic for a year, the microdonations would add up to £500,000 per year. The site currently has 11 registered charities for you to choose from, including the NSPCC, WWF, Centrepoint, Amnesty International, Oxfam, British Heart Foundation and Teenage Cancer Trust. The Fairsharemusic site already sells a catalogue of more than eight million tracks – not far off from iTunes in the UK. Although it is the youngest company on the list (it only launched last summer), we believe Fairsharemusic has a strong future and will change the way you buy music.