British space firms have ensured the sector punches above its weight globally, dominating 11.2 per cent of the market for the operation of space vehicles and 10.3 per cent of the market in data and services provided by satellites. It also directly employs 37,000 people and has more than doubled its turnover over the past decade to £11.8bn a year, delivering an average annual growth in turnover of 8.8 per cent since 2000. The latest plans for a UK spaceport based in Newquay which has the longest runway are very exciting for British space businesses.

This phenomenal growth hasn’t stopped UKspace from writing to science minister Jo Johnson, the Financial Times reported. The trade body is worried about being booted from the European Galileo satellite navigation system project after the referendum vote, which the FT said was “a significant driver behind our ambition of taking ten per cent of the global space market by 2030”.

It comes as no surprise then that British space firms are branching out, with ten SMEs preparing for a government-backed trade mission to the US. With some of the innovative ideas hoping to make it big including a system which alerts the emergency services if a motorcyclist has crashed, we just had to take a closer look at the firms looking to win business abroad.

“Only ten per cent of the data generated by earth observation today can be transmitted to the ground,” explained the Space Mission UK website. “This will drop to <one per cent with new sensors and imaging satellites. Data transmission demands are growing and current supply is limited by the physics of radios and the available spectrum. That’s where Archangel Aerospace comes in – it flies laser communications in the stratosphere to ten times the data downloadable. A prototype terminal has already been developed and tested on low altitude drones.”

It was initially built to assist with the Zephyr programme. In an interview, Archangel’s CEO, Daniel Sola, said: “The story behind Zephyr is an interesting one. At the end of the First World War, Royal Aircraft Establishment was banned from making airplanes, so the engineers pooled their own funds to develop an aircraft called Zephyr.”

The company itself provides quite an intriguing explanation of one of the things it’s been working on: “Atout leaps forward with the futuristic answer to today’s most accurate measurement taken inside a pipe. Our ECT (Electrical Capacitance Tomography) is the equivalent of a body scanner but for pipes and tanks. It is cheaper than a medical body scanner and 1,000 times faster. The information it gathers can be just as critical, particularly when working on something as far reaching as our latest space project, where the amount of fuel in a tank can make the difference between life and death!”

it’s no wonder then that since being established in 2010, Atout has grown significantly, even going so far as to reposition itself around measuring propellants in space as competition picks up.

One of the British space firms flying the flag for our well-known penchant for delivering in the satellite sector us E2e. It recently received delivery of a prototype satellite data unit for a NEAT™access communications device. This, it claimed, is a 12 layer board, about credit-card size which is the core of the satellite terminal under development.

It also suggested on its site: “We plan to introduce managed communications services into niche markets by 2018. These services will initially be targeted at managing remote assets (fixed or mobile) and facilities by providing data communications in locations currently underserved by existing communications or as an alternative to present costly systems. Once the service is established, additional markets will be addressed including the capability to serve as a backup to or auxiliary for, services needed in hot-spots (e.g. cities) due to congestion problems or high costs.”

This is arguably one of the better-known British space firms heading to the US. It acquired the Goonhilly satellite station from BT in 2014 and is now home to some of the largest antennas in Europe. Founded by entrepreneur Ian Jones, the company plans to forge ahead in a number of commercial and scientific endeavours. One such “mission” is a journey to the moon. In 2019, when private moon missions begin, Goonhilly will launch a spacecraft named “Lunar Pathfinder” – built in the UK by SSTL, and tracked and operated by Goonhilly.

Continue to find out what other UK representatives will be making the trip to the US – such as the firm planning to make space TV a reality. 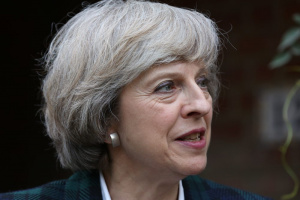 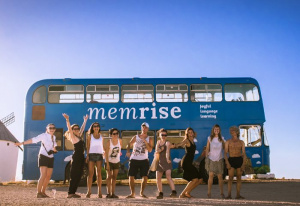