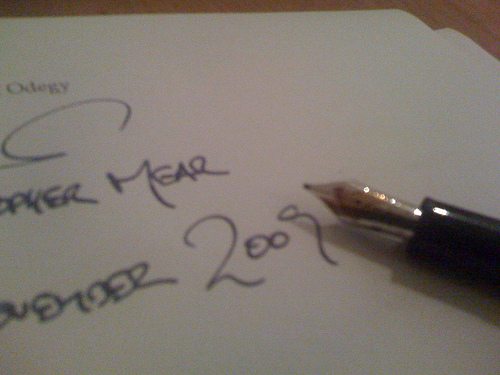 How to break a contract

Breaking a contract isn’t easy – there are several things to consider when you’re looking to get out of a contract. Read the steps below to see how you can break a contract. 1. Read the contract thoroughly Before you try and break your contract, or start worrying about how to deal with a troublesome contract, the first thing you should do is read the contract thoroughly. By doing this you will make sure that you are properly prepared and appraised of the situation, and can be sure that you know your contractual position, all well in advance of contacting the other party. If you are in any doubt as to the meaning or effect of any of the clauses in the contract, you should seek specialist advice from a solicitor as soon as possible. 2. Consider all of your options before breaking your contract Before you decide to break a contract, take stock. Ask yourself whether you are certain that you want to bring the contract to an end, and whether this is the only course of action open to you. If you are reacting impulsively as a result of falling sales or rising overheads, or have found a more profitable or better-value deal elsewhere, you may be able to talk to your customer/supplier and work out a way forward that suits both parties. 3. Look at the termination clause as a way to get out of your contract The contract may allow you to end the deal at any time, provided you give due notice. Before you do this, however, check whether you will have to make a penalty payment. Ideally, you will have agreed an exit clause with a minimal penalty. If not, the ?fine? may be such that you are effectively locked into the contract. In these cases, it usually pays to be open with the other party and attempt to negotiate a better deal. 4. Look out for anniversaries or other key dates in the contract These might enable you to leave the contract without penalty at certain times. Many contracts operate on a rolling yearly term, which is automatically renewed on the anniversary of the term and can usually be terminated without penalty at the anniversary. 5. Cost your exit. What will you save by an early exit? Don?t rush into serving notice or terminating the agreement until you have costed the implications of both leaving the contract and finding an alternative. 6. Look for a breach Go through the contract to check that both parties have complied with their obligations. If the other party has performed poorly or failed to meet its obligations, you might be able to terminate the contract for a breach on its part. 7. Misrepresentation? You may be able to do the same if you have been the victim of misrepresentation?- that is, you signed the contract on the basis of a written or verbal statement that turned out to be misleading or untrue. 8. Once you know your position ? contact the other party and begin negotiations The best course is almost always to try to negotiate a mutually beneficial and cordial end to the relationship that leaves open the possibility of working together again the future. 9. Consider setting-off money you?re owed against what you owe The law in this area is complex, but it may be possible to set sums off against each other where ?the claim and cross claim are so closely connected that it would be manifestly unjust to enforce one without taking account of the other?. 10. Be flexible The chances are the other party will be feeling the pinch, too, and won’t want to lose your custom. They may respond to your concerns by amending prices, increasing quality or changing service provisions, or agreeing to a temporary variation in the contract until sales pick up again. Robert Griffiths is a commercial litigation and dispute resolution solicitor at SA Law. Contact him on 01727 798024 or at robert.griffiths@salaw.com