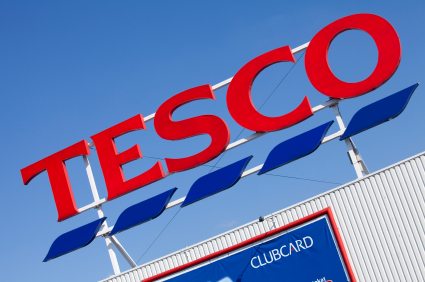 ?The outlet is no different to any of our other locations,? Euphorium operations director, Andrew Green told British Baker in January, when the bakery’s first outlet opened in a Tesco in Kensington. ?Our staff [is] baking in the store and supplying a full product range, as well as other products coming from our manufacturing facility in Islington.?

But nobody paid much attention to Tesco’s stakes in Euphorium this year, thanks to the multinational’s involvement in quirky coffee shop chain, Harris + Hoole, and the backlash that followed the investment. Anti-corporate coffee lovers stormed the barricades when it came to light that the chic coffee chain that so effortlessly ticks all the indie boxes is, indeed, piggy-backing a Tesco stake of ?up to 49 per cent?. Why so much ill feeling towards this particular David-and-Goliath symbiosis? It’s not the first time a multinational has bought into an independent-looking brand. Walk up the aisles from Tesco’s Euphorium stand and try not to come by a former indie brand now owned by large corporations. High-end tea manufacturer Teapigs is 100 per cent owned by Tata, which owns Tetley. Ben and Jerry’s ice cream? Unilever. Innocent Smoothies? Coca Cola. Green and Black’s chocolate? Cadbury and Kraft. It’s not unusual for superficially indie brands to hide their corporate roots. They know it’s not popular ? but getting involved with a multinational is tempting, and sometimes the only way to growth in the grocery market, where Tesco, Asda and Sainsbury’s alone hold a market share of some 70 per cent.

The not-so-secret truth is that Tesco is an investor. A big one. The multinational is the largest food retailer in the UK, operating around 200 stores across the country. Throughout its history, the brand grew through acquisitions. During the 50s and 60s alone the company purchased 70 Williamsons stores, 200 Harrow Stores outlets, 212 Irwins stores, 97 Charles Phillips stores, and the Victor Value chain. In the 80s, Tesco completed a rather hostile takeover of the Hillards chain of 40 supermarkets in the North of England. And thanks to that, Tesco overtook Sainsbury’s as the UK’s largest supermarket in 1995. The company’s expansion into foreign markets in the 90s was mainly made possible by purchasing already existing stores or joining the local retail leader. For example, the first Tesco stores in the Czech Republic were opened by buying US corporation Kmart’s operations in the country. In 1997, Tesco purchased the retail arm of Associated British Foods, which consisted of Quinnsworth, Stewarts and Crazy Prices chains in the Republic of Ireland and Northern Ireland, as well as associated businesses, for ?640m. The result: a major presence in Ireland.