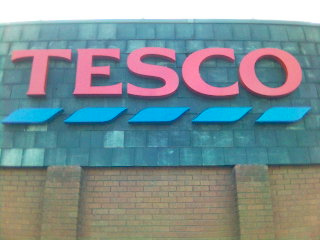 The Intellectual Property Office (IPO) insisted that the shape was ?too simple?. And despite the fact that a Tesco survey, used as part of their application, revealed that customers associated the dashes with the retailer even without the word ‘Tesco’ being involved, hearing officer Edward Smith maintained that they ?only represented punctuation?.

Tania Clark, partner and trade mark attorney at Withers & Rogers, said: ?This was the right decision. The blue dashes and the brand name go hand in hand so attempting to trade mark these independently of the word ?Tesco? simply won?t work ? not only do the lines appear too simplistic to be distinctive, it would be difficult to argue that consumers would associate them with the Tesco brand when seeing them on their own. ?Furthermore, when compared to examples like the Nike swoosh, what Tesco has failed to do is develop and protect a well-recognised logo with which to encapsulate their offering. Doing this would provide a better launch pad from which to seek protection for a stand-alone element of this identity.” This serves to demonstrate that association with a brand may not be enough to gain a trade mark. Katie Goulding, trade mark attorney at HGF, explains that ?in cases where a trademark lacks inherent distinctiveness, retailers will need to prove that the public have come to rely on the trademark as indicating the origin of the goods because of the use made of it. The more simple the mark, the more difficult the task. “It does not matter how famous the retailer is, it is not enough that a mark simply brings the retailer to mind. The result is unfortunate for Tesco ? there is no doubt that the public associates the logo with Tesco Stores,  but that is not enough.” However, the battle is far from over, as Tesco plans to continue its trademark pursuit. ?Tesco now has until September to appeal against this but it is likely that the decision will be the same,? Clark concludes. Image source By Shan? Schutte