While Tesco started life as an East London market stall in 1919, it has gone on to become one of the most synonymous brands in British retail – a company selling everything from mangoes to mobile phone contracts, and everything in-between.

It was its efforts to provide a one-stop shop for UK consumers that saw Tesco dip its toes in so many different ponds. These days you can fill your car up at a Tesco petrol forecourt, pay for it with a Tesco credit card and know, driving away, that you’re covered by Tesco car insurance.

However, since it first accounted for 15 per cent of consumer spending in Britain a decade ago, Tesco has had to incur punch after punch in the form of controversies including price-fixing, its corporate tax structure, slavery and that rather surreal story of horse meat usage.

From a share price high of nearly 500p in 2007, you can now snap up a slice of Tesco for as little as 166.80p – demonstrating its fall from grace as a growing abundance of rivals carved off a portion of market share.

And, while the likes of Aldi, Lidl and Morrisons have been responsible for eroding its supermarket stranglehold, it is now online brands that threaten Tesco most.

American brand Amazon, which was long synonymous with online book buying, has added new product offerings at an alarming rate. Some, like its Kindle e-book reader and digital storage division Amazon Drive, make perfect sense, others, such as Amazon Maritime and Amazon Web Services represent big pivots in different directions.

But it is Amazon’s latest acquisition that will have Tesco quaking in its boots, and might have been the driving force behind its own new product offering.

On 16 June, Amazon surprised the world by announcing it was acquiring US food retailer Whole Foods. While the chain only has nine sites in the UK, it is what Amazon plans to do long-term with retail that threatens Tesco so much.

Amazon has built up a reputation as a speed-driven brand. From its next-day delivery for Prime customers to Amazon Web Services, which provides hosting for businesses, the faster Amazon gets something to a customer the more likely it is other purchases will be made across its burgeoning range of platforms.

To combat Amazon muscling into the grocery retail sector, Tesco will soon be offering a one-hour grocery delivery service to customers in Central London. From 26 June onwards, customers will be able to order “up to 20 items from a range of 1,000 products”.

Costing £7.99, and with no minimum spend on each order, Tesco will also offer a £5.99 price for a two-hour delivery slot.

Interestingly enough, despite the rise of existing home delivery of supermarket goods, where customers typically pick a two-hour slot a few days away, supermarkets lose between £5 and £7 on every order, according to retail consultants Kurt Salmon.

This means a one-hour delivery service will likely mean incur bigger losses for Tesco. But, in the same way that retailers such as Tesco sold the latest Harry Potter books at a loss simply to get customers into supermarkets, these kind of activities are about positioning brands as the de facto choice for any number of retail requirements.

The problem Tesco now centres on who it’s going up against. Previously, Tesco was a big fish in a small pond butting up against smaller supermarket chains and independent retailers. Now it is taking on the might of Amazon, a business which is the fourth most valuable in the world (by market capitalisation) and announcing record profit levels for its key divisions – Amazon Web Services, Amazon Marketplace and its core ecommerce offering.

Amazon can easily afford for some of its most adventurous new business offerings to make a loss, knowing full well others will more than prop them up and keep investors happy.

You have to hand it to Tesco for not lying down and accepting defeat, instead fighting fire with fire and trying to retain its position as the UK’s most popular retailer. But it remains to be seen if the Welwyn Garden City-headquartered can hold out against a staggeringly disruptive force like Amazon. 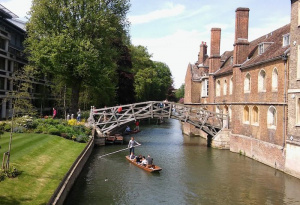