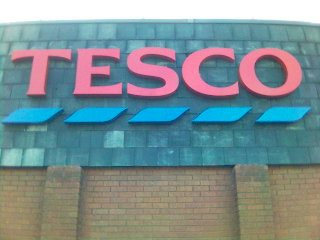 Let’s look at some evidence. Five years ago, CIMA sponsored research into financial planning in agricultural supply chains. The focus groups of farmers and wholesalers they assembled for the report agreed on pretty much nothing else: the big supermarkets wield too much power. “Retailers seem to be driven by their own internal targets rather than by considerations about the true cost of their supplies or the long-term viability of their suppliers,” complained one farming FD.

Those “internal targets” are also to blame for the sleight of hand that saw profits overstated by £250m at Tesco. A finance function – and, in particular the CFO – wields huge power in deciding on what behaviour is reasonable (both operationally and in reporting). Panicked by the possible reaction of investors and analysts to poor results, they can stretch the interpretation of accounting standards or juggle items around the balance sheet. But that, like adversarial supplier relationships, is unsustainable and eventually needs to be corrected. To finance function watchers with a long memory, this is old news. The accounting scandal that’s currently engulfing Tesco has clear echoes of the financial shenanigans at Dutch supermarket giant Ahold 11 years ago – right down to the iffy supplier rebates and off-balance sheet property transactions.  (Irony alert: Tesco was, at the time, tipped to snap up Ahold assets in the wake of its crisis – and then again in 2009. Very few commentators have noticed the connection in the past month, although Retail Week makes a good case for Ahold’s eventual survival as a beacon of hope for Tesco management.) If Tesco had actually got a CFO when the crisis broke, they would certainly have to have gone. As it was, Lawrie Mcilwee’s “transitional activities” after resigning the post in April turn out to have been putting his feet up at home. But it’s still possible one FTSE 100 CFO might end up losing his job in the scandal. Ken Hanna, former CFO at Cadbury, is chair of the audit committee on Tesco’s board. According to reports, auditor PwC flagged up the commercial risks when it was signing off the books last year. The fact the audit committee heard this warning, then concluding it was probably OK makes Hanna a favourite for the chop. Let’s stress: this is still a case under investigation, and unlike Ahold no-one has yet been shown to have done anything inadvisable, let alone broken the rules. But it does serve as a reminder that accounting is neither art nor science – it’s a language. A finance function can translate business activity into that language in a number of ways. And the way finance says something can be articulated often determines the way in which people behave. A finance function, FD or audit committee under pressure might take a more generous view on the way things might be interpreted. But whether it’s allowing financial targets to drive operational and supply chain relationships; or giving the nod to edgy accounting treatments, finance has to take responsibility when things go wrong. And that’s why any FD needs to be a powerful and respected figure in any boardroom. If he or she is listened to, trusted and persuasive, problems are far less likely to happen. An FD needs to be free to challenge, not just enable, their colleagues, whether it’s at Tesco or the smallest SME.