As I awoke the morning after Lady Thatcher died, the Today Programme was talking to the director Stephen Frears about the legacy of the former PM for the arts. I am usually in a state of balmy bliss as the serotonin seeps into my cerebral cortex (or whatever it is that gets you going). So I enjoyed Frears’s rather giggly blether with James Naughtie, giving cheeky mono-syllabic answers to the first few questions as the oily Scot fawned on this luvvie-grandee.

Naughtie asked whether Mrs Thatcher was really that keen to preside over the launch of Channel Four television, with its subversive remit to challenge the establishment. Mr Frears declared that in approving the startup of Channel Four, Britain’s first openly conservative woman prime minister was in fact promoting the era of the TV SME; he saw its structure – as a commissioning-only broadcaster – as one which would foster the startup of a myriad of production houses.

The director of the steamy My Beautiful Laundrette (inspired by Pakistani card-carrying Thatcherite entrepreneurs) said Mrs Thatcher was firing the starting gun for a new generation of small to medium TV and film companies. These would grow rapidly and put Britain on the map as a crucible of quality independent producers whose output would rank alongside that of the state-funded broadcasting factory that was the BBC.

“She was advised that setting up Channel Four would create a lot of small film makers – businessmen – and that’s what she believed in,” Mr Frears told Today, warming to the theme as Naughtie listened adoringly. “That was where employment and revenue would be generated, and a lot of money has been earned for Britain. She might be better remembered for defeating General Galtieri but that [creating Channel Four] seemed to be far and away her greatest achievement.” There emerged Darlow Smithson, Endemol, RDF, Celador; not exactly household names, but new players on the TV production block who’d never have had the growth opportunities to become global businesses without Channel Four’s nurture.

The Financial Times columnist Jonathan Guthrie quoted “a leading City historian” who said that after Big Bang (City de-regulation), City reforms must bear some of the blame for the reversals of 2008: “The good characteristics were thrown out with the bad. It put us on a helter skelter course towards the financial crisis.” Now, I have a wee problem with this; if this is an historian, why wouldn’t they want to be named? David Starkey and Niall Ferguson and their ilk are not exactly backward in coming forward. Maybe it was just a bloke down the Cheshire Cheese, or wherever they all drink in Canary Wharf nowadays.

So I searched elsewhere in the pink paper for truth. Martin Wolf, proudly by-lined as the “FT’s economics commentator” (sounds like a financial Eddie Wareing) writes on the front page that Mrs Thatcher achieved sustained growth in GDP to rival most European countries. Ah, that’s a bit better. But right away, he spoils it all: “Post-crisis economic malaise, inequality, persistent regional imbalances and over-reliance on an unstable financial sector mar the success.”

Oh dear; and this is the “The Pink ‘Un” (though I’ve never heard anyone call it that) – the paper of record in British politics and finance. Surely there’s praise of Maggie in here? Well, there’s a stirring tribute to her khaki-election win after the Falklands rout in 1982… but then he goes off message again with this kick in the coffin: “History has not been kind to confidence in the notion of a durable British economic resurgence. Today, alas, the post-Thatcher renaissance looks as much illusion as reality.” Ouch.

I look on, trudging through the wet sand of Thatcher eulogies in the disturbingly pink newsprint. Ah, here we go: “Thatcher: the Legacy”. That’ll give me some glowing tributes to the Iron Lady. It all looks quite encouraging until that last paragraph (they seem to specialise in these lethal codicils in the FT). Chris Giles ends a so-so account of the bust-boom-bust of Thatcher’s timeline in office, delivering a coup de grace like this: “The triumph of market forces in improving the economy came with considerable collateral damage and unexpected side-effects. Most obvious was a huge increase in inequality, driven by rising wages as employers faced fewer restrictions in paying top people more.”

Oh no. It’s all going pear shaped again. He finishes with this barb from Jonathan Portes of the Natl. Inst. of Economic & Social Research”: “Much of the country has never recovered from the industrial blight of the early 1980s, leaving a ‘lasting scar’. The legacy of owner-occupation, high house prices and planning restrictions now trap as many people in their homes as council housing ever did.”

Well I can’t save your political reputation against this, Lady T. It’s toast. RIP. 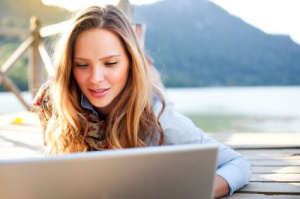 Remote working: Why is the business world divided? 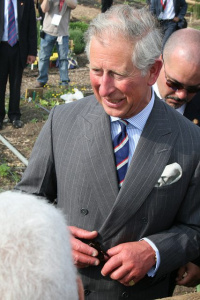