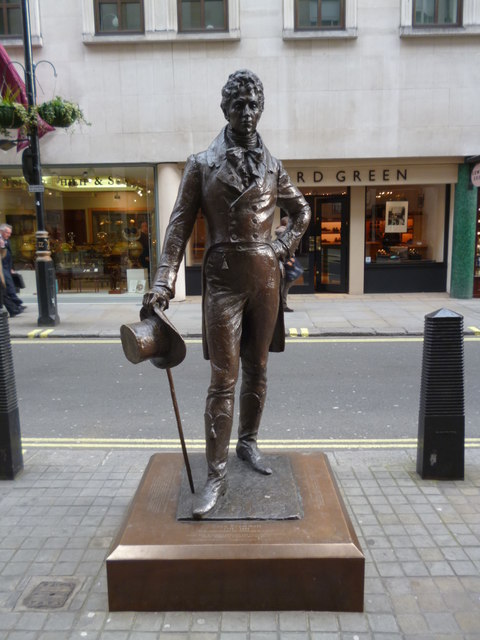 The ten most expensive shopping streets in the world were revealed in November, a list that saw New Bond Street ranked in fourth place for its fee of $1,321 per square foot.

However, despite the costly price for commercial property at the location, its ?Britishness? is distinctly lacking, Colliers International has found. The real estate firm observed the luxury shopping spots in central London and the amount of sites occupied by British brands to find that Jermyn Street is the ?most British? street in the capital with 88 per cent of the retailers found there homegrown. Jermyn Street, which runs from Haymarket and behind Piccadilly, is home to the the likes of UK firms Fortnum & Mason, Turnbull & Asser, John Lobb, DAKS and Favourbrook. Colliers study ranked costly area Bond Street as one of the least British as it sat in 15th place, while Sloane Street in last was deemed the ?most international?. Indeed, just 23 per cent of shops on Sloane Street are British, as Italian retailers dominate with a 41 per cent share. The 16 ?most British? shopping streets in London are: 1. Jermyn St ? 88 per cent
2. Oxford St East ? 62 per cent
3. Piccadilly ? 60 per cent
4. Kings Road ? 57 per cent
5. Albemarle St ? 56 per cent
6. Dover St ? 55 per cent
7. Oxford St West ? 55 per cent
8. Conduit St ? 48 per cent
9. Brompton Rd ? 48 per cent
10. Bruton St ? 42 per cent
11. South Moulton St ? 36 per cent
12. Regent St ? 35 per cent
13. Mount St ? 32 per cent
14. Carnaby St ? 31 per cent
15. Bond St ? 25 per cent
16. Sloane St ? 23 per cent Paul Souber, head of Central London Retail Agency at Colliers International, said: ?In some respects, such has been the recent influx of international brands into London, it?s amazing that Jermyn Street has retained such a British flavour. ?However, the Crown Estate ? which is the dominant landlord in the street ? have done a great job in retaining the street?s intrinsic character whilst carefully curating its retail offer.? According to the report, shop property costs have increased by 50 per cent in central London since 2009 and the number of empty shops has been under three per cent. The ?14.8bn Crossrail transport system is set to launch in 2018, and it’s expected to generate an additional ?2.45bn in revenue for West End shopping outlets. Seemingly retailers are out to grab the opportunity as Colliers reported that the number of vacant properties is declining in emerging areas too. Souber concluded: ?What we?re seeing is a fundamental restructuring ? and expansion ? of London?s shopping landscape. Prime areas are strengthening but, most importantly, new pitches are developing and becoming home to a wide variety of established and new brands. ?During this transition period, some British brands may be displaced because they are no longer comfortable with the levels of rent that incoming international brands are prepared to pay. However, London is showing an amazing capacity to accommodate everyone who wants to be in the capital in new locations where they can find the shoppers they wish to attract. ?London?s shopping scene has never stood still and we are now seeing an exceptional period of rapid evolution.? By Zen Terrelonge