It’s a telling sign of just how important tech is to businesses today, as 26 per cent of SMEs also think a digital presence will support expansion, according to the Barclays study which looks at company hopes and fears in 2015.

Of course, this conflicts with Small Business Saturday studies from this month that show SMEs aren’t connecting with their local community via social media, while others don’t even have a website.

Other hopes to spur on growth for the new year include overseas opportunities with 24 per cent and new payment tech with 16 per cent.

Rebecca McNeil, head of SME lending and enterprise at Barclays commented: “2014 has been the strongest year for small business growth since the recession and with consumer confidence increasing slowly, small businesses will no doubt welcome the growth prospects that 2015 has in store.”

Supporting McNeil’s comment, a report on 10 December revealed that this year has marked the largest surge of UK startups in the past five years, experiencing a 24 per cent increase on 2013.

As for the 2015 fears, 30 per cent believe gas and oil cost increases will have a negative result on growth, followed by extreme weather with 29 per cent, competing with rivals at 22 per cent, employment regulations at 14 per cent and EU regulations at 13 per cent.

McNeil, added: “We know that access to funding is a key driver in boosting businesses’ confidence, enabling them to build on and realise their growth potential. And just like businesses, funding can come in a variety of shapes and forms, from loans, to mortgages and overdrafts – and all of these can come from a variety of sources, such as banks as well as alternative sources of finance.

“Businesses worried about oil and gas price increases at the time of the survey may take some comfort in the latest forecasts for low oil prices next year, following the latest five year low. New small business regulation is clearly a concern for hard working business owners across the country and it’s crucial they are given the appropriate support when dealing with changes next year.” 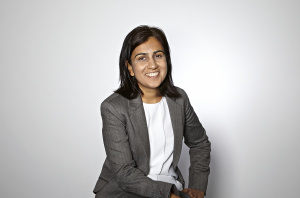 “The key is to keep it all in perspective and trust your team”, says Adapt CFO 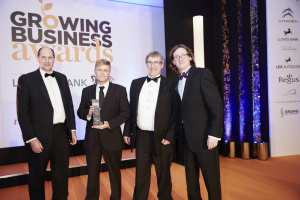 LION Trackhire: The engineers who have “historically solved every challenge imaginable”