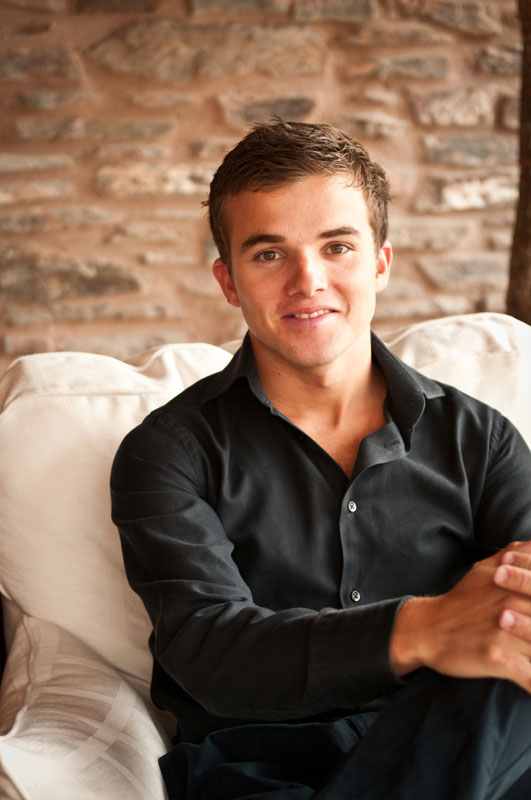 Ted Nash has been active in entrepreneurship since his early teens. His interest in enterprise was piqued as a pre-teen by encountering a neighbour who was just a few years older than himself, and ran an online affiliate marketing company called Veoda.

As a 12-year-old, the independence and trappings of success which Veoda founder Ben Reeves had acquired made a lasting impression on him. ?He was six years older than me [when] I first met him but nonetheless, all the toys and the gadgets he possessed interested me,? said Nash. Inspired by Reeves’ success – and probably his toys and gadgets – Nash began to sketch out various ideas for businesses. He was convinced that if his neighbour could achieve success, then also could he: ?I remember lying in bed [at] night thinking to myself, if he can do it, why can?t I?? Nash?s tentative first steps to being a successful entrepreneur were aided by Craig Clark, a computer engineer who mentored his development. Clark, who was working for Nash?s family at the time, was extremely generous with his time: ?Without his help, [Nash?s first venture] Rediz would have remained clunky and my next steps into web design and development would have been much more difficult.? Mentoring is something Nash believes is integral in the development of aspiring entrepreneurs: ?You need to relate to people making revolutionary products today. People and entrepreneurs you can communicate with and relate to are extremely valuable whilst developing your business.? His first notable creation was Little Gossip, a website which let pupils at school anonymously post gossip about their peers. The site built up a huge audience very quickly but garnered publicity for the wrong reasons, due to users posting malicious content. Despite a huge amount of media attention, Nash was cautious about the fall out and quickly sold on the site for a nominal amount. Nash commented to Real Business that ?if the media hadn?t been so aggressive, Little Gossip could have evolved into something much more positive.? To date Nash?s most significant successes have been on Apple?s App Store. Rackstare and Fit Or Fugly are both games which can be described as “lad or pub-style humour”. The latter features an algorithm which rates the physical attractiveness of users’ photos. His creations have achieved more than five million downloads to date. Nash was always confident of having success on the App Store: ?I wouldn?t have made the decision to pursue [creating products on the App Store] if I didn?t think [they] would have a chance of success.? AppDaq, Nash?s latest creation (a joint venture with the digital media agency Floxx), was recently released on the App Store, and indicates a more mature, new direction. It comprises of being a virtual stock exchange for the most popular downloads on the App Store. AppDaq has only been available as a download for a few weeks but users in the game are already trading $400,000,000 of virtual currency per day.  As a successful entrepreneur and university-rejecter, Nash is also outspoken in his views on teaching entrepreneurship and business. Nash told Real Business: ?I chose not to go to university because I had something I knew I was going to do [and] was passionate about.? He believes that young people should seriously consider their options at school leaving age, as in the UK, ?we have few exciting businesses, and a dwindling amount of opportunities for graduates and university candidates.?  While Nash has accepted an invitation from a number of universities to speak on his entrepreneurial journey, he will actually be using the experience as an opportunity to issue a wake-up call to both higher educational institutions and students.  ?Universities are generations behind, and people of my generation are being forced and instructed to go to higher education because it is seen as the right thing to do. I am going to speak at universities to express my thoughts around these issues. I want my peers to have the best chance of success,? said Nash. It’s his belief that the future growth of the UK economy will be heavily reliant on the tech sector: ?The barrier for entry in order to start a business is the lowest it has ever been, which gives us a huge opportunity to move fast and exploit holes in emerging markets, and also pick holes in more traditional ones? The tech sector and the internet gives us easy access to resources worldwide.? And the government?s efforts to stimulate entrepreneurship, such as Tech City? ?As with most policies there seems to be a lot of noise and promises but a lot less is actually delivered. However, there have been some really interesting new appointments which could improve the delivery of schemes which are being touted.? Nick Levine is a freelance writer and chartered accountant. His areas of interest are business, technology and culture.