The 250 businesses that can now claim to be an Everline Future 50 member truly are an incredibly inspirational lot. From fintech heavyweights such as Funding Circle and TransferWise to digital trailblazers including Ve Interactive and Somo, our initiative has been a runaway success when it comes to identifying disruptive enterprises early on.

The last six months has been a very active time for our alumni. First off app building business Mubaloo capped six years of amazing growth by being acquired by IPG Mediabrands. Then, not wanting to be left behind, last year’s member Q App was snapped up by Yoyo Wallet, which is actually in this year’s list!

There was also the impressive news that CommuterClub and Landbay had been backed by Britain’s top tennis player Andy Murray as part of his advisory and investing role at equity crowdfunding platform Seedrs. Everywhere you look there has been success.

But now it’s time to turn our attention to 2016’s 50, the half century of companies we believe are going to drastically change the way complacent industries operate. For the second year in a row we have selected six special award winners who really exemplify what it is to be an Everline Future 50 member.

Disruptor of the Year Award: Revolut

Gift to the World Award: what3words

More to come from those six great businesses in the days and weeks to come, but now onto the wide 50 businesses our judging panel deemed worth of inclusion. After asking last year’s cohort who they thought was most disruptive, ladies and gentleman, we give you the Everline Future 50 2016!

Founded by a husband and wife, Absolute Barrister is an online service designed to bring order to the legal system. It connects consumers and businesses alike to affordable barristers for a range of matters, which has resulted in the firm growing by 50 per cent year-on-year. Looking ahead, the ambition is to become the largest barrister law company – big enough to challenge the top ten existing parties for revenue within the next ten years.

Abundance is built to beat banks and deliver better returns for the public, allowing users to make investments of as little as £5 in ethical projects. Founded by an environmentalist, an investment banker and an anthropologist, the crowdfunding investment platform has put ethics at the heart of the business. It aims to generate £50m of investments for ventures over the next two to three years, looking to affordable housing, social care and other causes.

Adyoulike was created to provide publishers and brands with a native method of digital marketing that supports a variety of devices to engage users, believing that a different approach to advertising was required. It stands to make a significant profit, with spending on native advertising to reach to £21bn by 2018. The firm achieved scale in April 2014 with the buyout of UK marketing agency ContentAmp – providing the French company with access to British soil.

While working on a prototype smart socket that would enable people without smart appliances to virtualise their homes, a group of students found there were no apps that controlled multiple devices. As such, they took it upon themselves to build an interface that would learn from user habits and replicate their actions much like a digital butler. It comes as no surprise then that it was aptly named after Batman’s Alfred.

British healthcare often causes much unrest, whether it’s down to waiting times or a lack of availability, thus Babylon Health has been launched to deliver a solution to the problem. Operating as an app that can be downloaded from the App Store and Google Play, it lets users experience the services expected from GP surgeries. The platform supports video consultations, text and image-based questions, specialist referrals, clinical record access, health tracking and more.

Berrywhite was launched by Andrew Jennings in 2011 with the mission of producing a premium organic fruit drink brand. With a tagline of “tastes good, good for you, and good for others”, each drink is designed to to be free of artificial additives. Meanwhile, ten per cent of profits from each bottle and can sold goes to donations to charity through the Berrywhite Foundation, which backs projects to support people globally who aren’t being provided for.

Recognising the ecommerce boom, Bizdaq is a digital marketplace that lets entrepreneurs and investors buy and sell businesses across desktop and mobiles. It’s built to help business owners through each step of the selling process, while buyers can search for acquisitions based on location, cost, turnover, asking price and other variables – just as if they were making a purchase for shoes on eBay. The Leeds firm raised £1m in February 2015, with Republic founder Tim Whitworth among investors.

Borroclub wants to be known as the middle ground between eBay and the scrap yard. Part of the sharing economy, the service connects neighbours who are looking to lend and borrow, which brings together the community while providing the chance make a profit from the goods that are being lent out. It’s in a solid market as the average UK garage has some £3,500 worth of stuff lurking around, which totals £92bn when factoring in the 26m UK homes.

ClearScore launched to solve the frustration experienced around credit reports, which are often quite difficult for consumers to interpret – unless they want to pay for a company to unravel the mysteries surrounding their financial status. It claims the financial services industry should work harder for consumers and this approach has resulted in the firm topping over half a million users since launching last year, while it’s on track for 3.5m by 2017.

IoT security firm Cocoon is developed to protect the entire household with a simple design set to put customers at ease. Indeed, it’s built with that philosophy in mind – that people just want tech to work without unnecessary complications. The all-in-one device uses sound and machine learning to monitor regular and irregular activity in the home by recognising the usual patterns and alerting the users of anything unusual with a smartphone notification.

Read on to find out which other inspiring companies have made the 2016 Everline Future 50 listing. 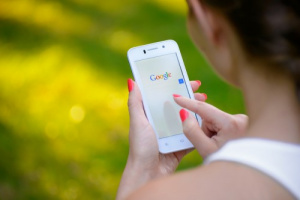 Six steps to cement the success of your ecommerce website 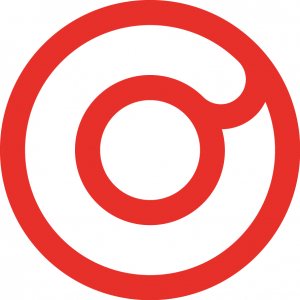