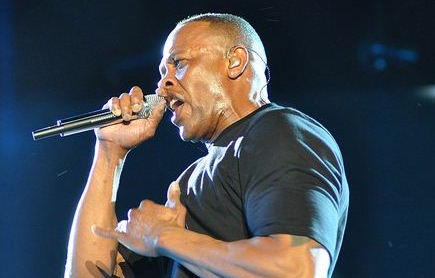 It seems like every rapper talks about making money and has their own clothing line, but among the luminaries of hip hop’s hall of fame are some of the most entrepreneurial businessmen the music industry’s ever produced. Here’s Real Business’ countdown of the genre’s most successful entrepreneurs.

Dr Dre was reported to have become hip hop’s first billionaire when he sold headphone company Beats, which secured two-thirds of the premium headphone market, to Apple for $3bn in May 2014.

Tyrese Gibson made the billionaire boast in a Facebook video. Forbes says the profits from the deal were lower but, combining with his lucrative music career, his $620m net worth makes him the second richest person in rap.

Before going into the accessories business he had a hugely successful music career through the 1990s and 2000s, and was also responsible for discovering, producing and promoting some of the industry’s biggest artists from the last two decades – including Eminem, Snoop Dog, 50 Cent and, more recently, Kendrick Lamar.

In 2014, Sean Combs has an estimated fortune of $700m, an increase of $120m on the previous year and maintaining his position as the richest man in the genre. Combs grew up in a public housing project in Harlem, New York City, and dropped out of business a major at Howard University, but that didn’t stop him setting up one of the industry’s most successful record labels.

Combs started out in business as a record company intern and began promoting charity concerts. He went on to establish Bad Boy Records in hip hop’s Golden Era, signing the Notorious B.I.G. and working with Mary J. Blige, Usher, TLC, Mariah Carey, Boyz II Men, Aretha Franklin and others, as well as launching his own successful music career.

Jay Z’s biography Empire State of Mind: How Jay-Z Went from Street Corner to Corner Office references his 2009 hit and details the rapper’s journey from a housing project in Brooklyn, New York, to being one of the richest men in hip hop.

His string of side projects include owning sports bars and hotels, working on marketing with clients like Budweiser, part-owning the Brooklyn Nets NBA team and co-owning numerous music labels.

Curtis Jackson was a successful rapper discovered by Dr Dre and launched his career with the record Get Rich or Die Tryin’ in 2003. But the self-confessed ex-drug dealer and shooting victim got seriously rich with the sale of Vitaminwater to Coca Cola in 2007. Estimates put his share of the deal at £100m after taxes.

Since the deal he’s worked on other products, including teaming up with Right Guard to launch a deodorant and a condom line, and signing with Steiner Sports to sell his memorabilia.

Williams founded Cash Money Records with his brother and is said to have earned a $160m fortune, making him Forbes fourth richest rapper. It’s been successful in signing some of today’s largest hip hop acts, including Drake, Nicki Minaj and Lil Wayne, and even socialite and reality star Paris Hilton.

Percy Robert Miller became famous as a rapper in the early 1990s, but went on to play for two NBA teams, act and invest in a range of industries. His early start in the genre and entrepreneurial style led to him being identified as one of the first hip hop artists to become interested in the retail aspects of the industry.

A New York Times article from the late 1990s describes how he combined a $10,000 malpractice settlement given to his family after his grandfather died with two years of junior college business classes to start a record store and then a record company, No Limit, which became one of the biggest new independent labels.