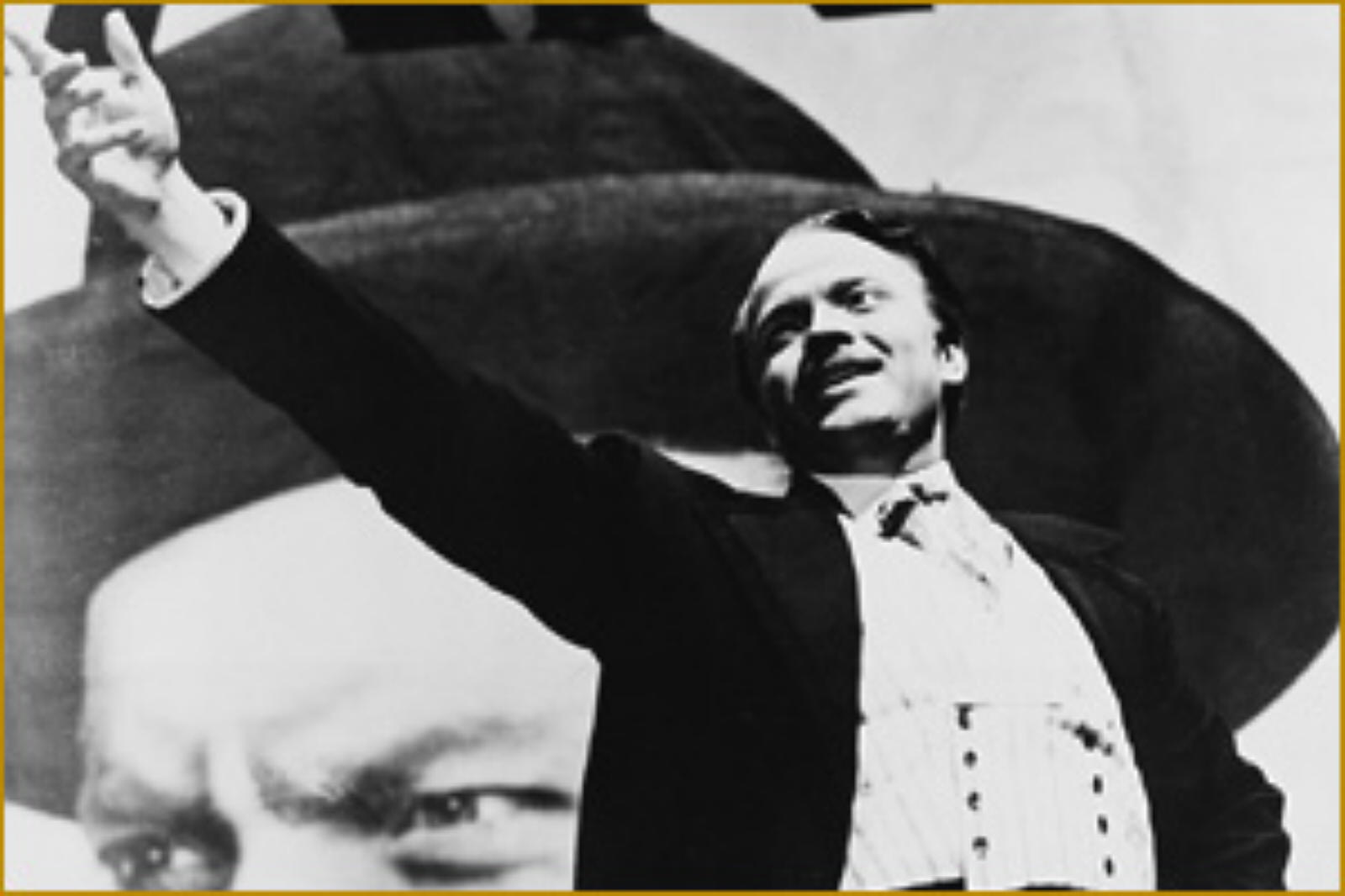 At last week’s Entrepreneurs’ Summit, we asked business owners to vote for their favourite business film. Check out the results.

Directed by and starring the great Orson Welles, this 1941 American drama film is often referred to as the greatest of all time. Nominated for Academy Awards in nine categories (it won an Academy Award for Best Writing (Original Screenplay) by Herman Mankiewicz and Welles, the story examines the life and legacy of Charles Foster Kane, a character based on American newspaper magnate William Randolph Hearst.

(If you can you resist the urge to start belting out “Let the river run”, you’re a stronger person than I am.) This 1988 romantic comedy tells the story of Tess McGill (Melanie Griffith), working in the mergers and acquisitions department of a Wall Street bank. When her boss, Katharine Parker (Sigourney Weaver), breaks her leg skiing, Tess grabs the opportunity to shine (and her boss’s beau, played by Harrison Ford) with both hands. The film pulled in $102,953,112 worldwide.

(Or Death of A F*ckin’ Salesman, as the cast jokingly referred to it.) Starring Al Pacino, Alec Baldwin and Kevin Spacey – to name just a few members of this stellar cast – this 1992 drama follows the lives of four real estate salesmen and the desperate lengths they go to to keep their jobs. Incidentally, Matthew Rock, Real Business founding editor, rates this film as his pick of the bunch.

“SHOW ME THE MONEY!”; “You had me at ‘hello’”; “You complete me”; “Help me help you”. You don’t need to have seen the film to have heard the one-liners (though, as Real Business reporter Jason Hesse says, if you haven’t seen Jerry Maguire, you’ve probably been living under a rock since 1995). Jerry Maguire (Tom Cruise) is a 35-year-old sports agent who finds himself having a crisis of conscience about the industry he works in; gets fired for expressing his concerns; then goes independent with the only athlete who’ll stay with him (Cuba Gooding Jr.).

Starring Michael Douglas, Charlie Sheen, and Daryl Hannah, Wall Street tells the story of Bud Fox (Sheen), a desperate-to-succeed young stockbroker, who becomes involved with his hero, Gordon Gekko (Douglas), a wealthy, wicked corporate raider. The archetypal portrayal of eighties excess. Released on December 11, 1987, in 730 theatres, it grossed $4.1m on its opening weekend. It went on to make a cool $43.8m in North America.

The Godfather: 27 per cent

… and the best business film, as voted for by entrepreneurs, is:

The Social Network: 28 per cent

So, it’s official: the Facebook fable tops the list. Directed by David Fincher and featuring Jesse Eisenberg, Andrew Garfield and Justin Timberlake, 2010’s The Social Network appeared on 78 critics’ top ten lists for 2010; of those critics, 22 had the film in their number one spot. It received eight Academy Award nominations, including Best Picture, Best Director (David Fincher), and Best Actor (Jesse Eisenberg), and won three for Best Adapted Screenplay, Best Original Score, and Best Film Editing. It also won the Best Motion Picture – Drama – at the Golden Globes in January (where it also won the awards for Best Director, Best Screenplay and Best Original Score, making it the biggest winner on the night).  If you haven’t seen it yet, add it to your Lovefilm list, rent it from Blockbuster or, even better, buy the bloody DVD! It’s well worth the £12 – and a deserving winner of our poll.