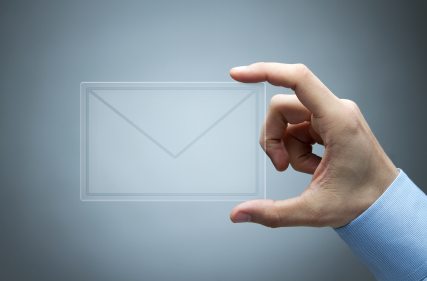 Myth #1: Consumers are drowning in emails from trusted brands

Figures from Alchemy Worx and the DMA?s ‘Email Tracking Report‘ show that around 40 per cent of consumers that receive brand emails are getting no more than three per day on average. Almost two thirds receive no more than six. Research from Merkle also suggests that 74 per cent of consumers prefer to receive commercial communications via email, meaning that consumers actually prefer emails from brands over contact via any other channel

Myth #2: The best time to send emails is 3pm on Thursday

Myth #3: You should stop sending to ?inactive? users after six months

Only 20 per cent of a brand?s annual unique opens are from people that have been ?inactive? for the first six months of the year. Meaning that by not sending emails to users that are deemed ?inactive? for just a year, brands are potentially missing out on a fifth of their annual opens.

Myth #4: Consumers are trigger happy with the spam button

In actual fact, according to data from Return Path, less than one subscriber in every 2,000 will mark an email as spam.

While it?s true that increasing send frequency tends to reduce the open and click rates for a given message, over a three month period, if a brand increases the number of emails it sends to consumers from one per month to four, it more than doubles the number of consumers opening one or more emails (from ten per cent to 24 per cent). This increase in email volume also resulted in an additional 11 per cent of revenue for the business.

Analysis of over 200m emails highlights that short subject lines (less that 60 characters) will only help increase open rates. However, if brands actually want consumers to engage with emails, then 70 characters or longer will be more successful. In fact, the longer the subject line the more likely consumers are to click on the content.

Myth #7: Emails end up in the spam folder because of the subject lines

Alchemy Worx analysed data from eData Source of over 200 clients and 540bn sent emails, which shows that keywords often thought to ensure an email will end up in the junk folder actually have little or no effect. Whether an email ends up in a junk folder is more complicated than that, with the main reason being reputation. This is generally based on what information the mail filter or receiving ISP can gather about the sending habits of your IP address, rather than the contents of its subject line. Email marketing has put up with these myths for long enough, and many of them are rooted in the belief that marketers must send the right message, to the right person, at the right time. Marketers must move beyond the pursuit of the Holy Trinity of email ? segmentation, timeliness, and relevance ? and no longer see email as simply a direct marketing tool. Brands should instead see the benefits of email as a broadcast channel, allowing marketers to communicate a message to millions of subscribers on a regular basis, rather than sending less email, to less people, less often. Dela Quist is founder and CEO of Alchemy Worx