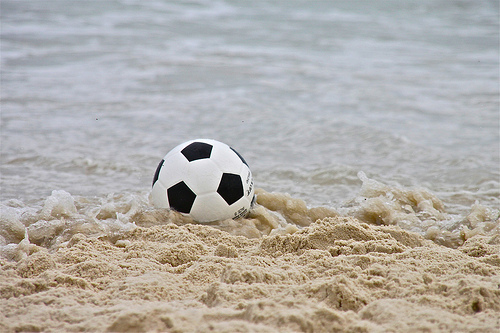 From Nike and McDonalds to Castrol and Beats by Dre, here are eight of the best World Cup campaigns.

What makes this McDonald?s advert so great is that, although it’s always amazing to see pro’s do their tricks, it features five average people showing off some impressive football skills.

Who could ever forget the 2002 Japan World Cup Nike ad in collaboration with filmmaker Terry Gilliam??’The Secret Tournament’?featured a series of cage matches, introduced by Eric Cantona, and played to the tune of Elvis’ ‘A little less conversation’.?Following the airing of the commercials, an estimated 1 – 2 m children worldwide competed in matches following the Scorpion KO rules.

Nike has always delivered on great advertising come World Cup season, but this one has proved to be a massive favourite ? some even calling it the best World Cup advert ever. What starts off as children playing football, ends up in a football match full of footie greats. It is a definite must watch!

The 2002 World Cup also included a humorous advert from Pepsi, starring David Beckham, Roberto Carlos and many more, competing against sumo wrestlers. Inevitably, the football team loses, with the advert ending in them being called ‘amateurs’. Image source By Shan? Schutte