The year kicked off with the Institute of Leadership & Management (ILM) claiming to have found five key reasons why staff would be motivated to seek work elsewhere – going so far as to say 34 per cent of employees were so tired of their employment in 2015 that they quit without having secured another job role.

Now, Zen Terrelonge suggested in his coverage of ILM’s report, “people are so desperate to leave that they’ve claimed there’s nothing their employer could offer to retain them.”

Don’t worry, that’s only according to 27 per cent of staff. The top reasons why? The ILM cited the lack of opportunities and as a huge worry for staff – highlighted by 26 per cent. Some 17 per cent maintained they wanted more appreciation from bosses, while 15 per cent were after a better salary and 12 per cent merely sought more enjoyment out of their career.

Ok, there’s not much bosses can do in terms of ensuring staff enjoy the particular work they’ve been employed for, but small details and a little bit of, well, fun in the workplace, can work miracles. As Kate Cooper, head of research and policy at ILM, said at the time: “Ensuring staff feel part of the organisation and their achievements are recognised and appreciated will help to retain them and the talent the business needs.”

There’s also another way to keep your staff from walking out the door: benefits. It’s a word used far too often, but it’s almost as important a basic as knowing who your target audience is – and we don’t mean the slide in the office, Google sleeping pod kind of benefits. A bowl of fruit in the morning goes a long way!

In fact, small businesses are suffering an alleged “staff drain,” with nearly one in five workers quitting each year for new jobs and blaming poor benefits for their unhappy work life, research from Pure Benefits showed.

The study found that 18 per cent of staff had switched jobs in the past five years specifically due to a lack of benefits. To add fuel to the fire, small businesses often struggle to source employee benefits such as life insurance, income protection and private medical insurance for staff. However, talking to staff about the possibly cheaper benefits that could be offered, and being creative – such as giving staff their birthdays off – will allow you to curry favour.

Stuart Gray, founder and chairman of Pure Benefits, said: “The small business drain is a growing issue for small companies because bosses can’t offer the benefits big firms provide. That is a major brake on the ambitions of small business owners who, our research shows, are committed to expansion.

“Around 80 per cent of small firms want to grow while 47 per cent wish to protect the business. Well-designed and cost-effective employee benefits will be a major driver in enabling businesses to grow and ensure staff feel valued and are more productive as a result.”

The New Year generally serves as an opportunity for people to set out goals and challenges, but the arrival of 2016 has revealed the ten biggest workplace fears that British professionals have – and the ten reactions they have when dealing with them. 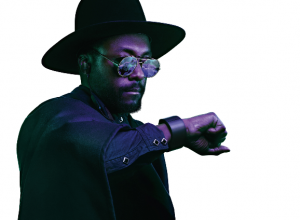 The business of artificial intelligence: From Facebook chatbots to cyber crime prevention 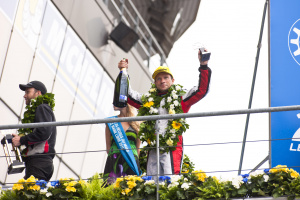