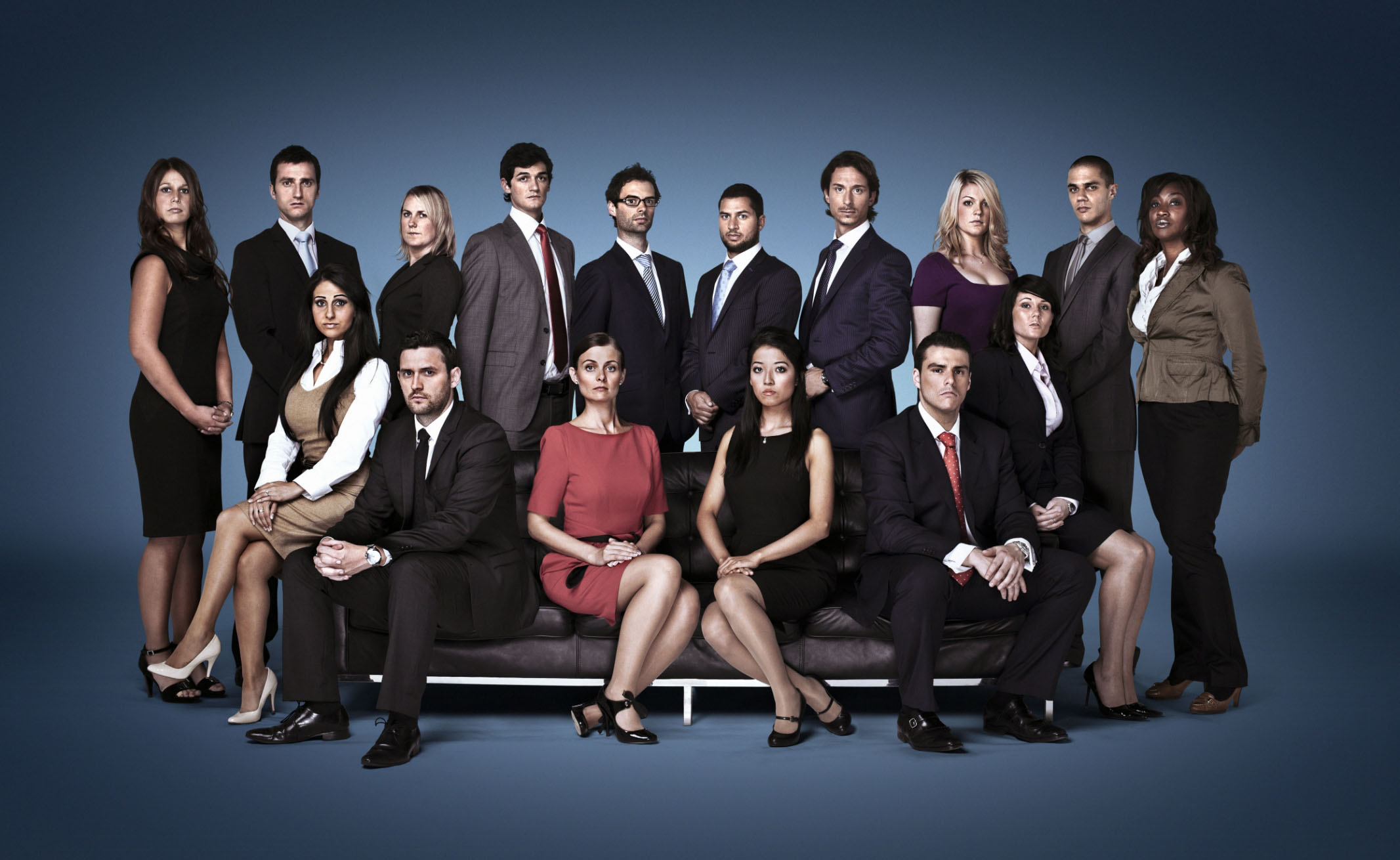 Series seven of The Apprentice will see personalities clash and tempers soar as the cut-throat competition gets tougher with every task.

With each task based on a business start-up, the potential apprentices will design a mobile phone application, be tested in the beauty industry, create new pet food, launch a magazine, explore the lucrative possibilities of biscuits, transform rubbish into money, start a restaurant chain and trade internationally.

Meet the men taking part in the contest…

Motorbike enthusiast Alex who lived in Paris as a child, describes himself as “ambitious, driven, and extremely focused”. Born and raised in London, Alex?s first job was making tea in a small estate agents before becoming a thriving agent himself. His greatest achievement is taking a business losing money and turning it around to a fast growing profitable business within twelve months.

He says: ?Fear is a great motivator. If you are successful, you are unpopular, so unpopularity is a good thing.?

Half-British and half-Afghan, Reading born and raised Edward?s first job was as a gardener at the age of 12. He successfully applied for a role in a global professional services firm headquartered in London straight after university and was hired as senior associate in the audit team before becoming an accountant at a FTSE 30 energy company. Trained at one of the world?s leading accountancy firms, Edward describes himself as a “man with strength of character and conviction who is honest and direct”.

He says:??I?m the wheeler dealer who accidentally became a finance professional and wants out.?

Gavin?s first foray into working life was as a salesman at a high street clothing store and was made a manager at the age of 16. A passionate football fan, Gavin started up his own online opticians, which now has two high-street stores, after noticing the profit margins on glasses when working in a London department store.

Glenn Ward took apart and rebuilt an entire computer aged eight and his entrepreneurial streak ensued when he began washing cars in his local area at age 14. An amateur footballer, Glenn cites Facebook founder Mark Zuckerberg as his inspiration and describes himself as “an intelligent man with a dry sense of humour” who can “read between the lines”.

He says:??Aggression isn?t the best form of strength? I bring a marriage of technical thinking with a bit of salesman bravado.?

Jim started work in his father?s fish and chip shop chipping potatoes from the age of nine and went on to maintain top sales performances as a sales and marketing manager. Jim, who was all-Ireland cycling champion as a teenager, champions Richard Branson and describes himself as “driven, self-motivated, resilient and an eternal optimist”.

He says: ?I?m not a show pony or a one-trick pony, I?m not a jack-ass or a stubborn mule, and I?m definitely not a wild stallion that needs to be tamed. I am the champion thoroughbred that this process requires.?

Harrogate-born Leon, a former paper boy and lorry driver, describes himself as “charming, genuine and honest”.? Leon, who survived a near-fatal fall from a tree at the age of 12 once completed the Great North Run for charity. A director and founder of an online takeaway ordering site and publishing business, Leon notes Richard Branson and Apple as inspirational.

He says: ?I don?t like your gimmicky salesman who thinks he can sell ice to an Eskimo. Chances are he probably can?t, and why would an Eskimo buy ice??

London-born Tom?s first job was working on a farm sorting agricultural bulbs from mud. A keen inventor and sports enthusiast, Tom succeeded in taking a prototype made in his kitchen to the shelves of two leading pharmacy outlets in the UK. He describes himself as “creative, adventurous, loyal and enthusiastic”, and cites Thomas Edison as an icon.

He says: ?For me The Apprentice is a bit like the Olympics or the World Cup for entrepreneurs? I want to challenge myself, find out if I am ready to step up to this level.?

Half-Belgian and half-Swiss, Glasgow-born Vincent is a film buff and frequent traveler with a penchant for theatre. The self confessed perfectionist who was a Liverpool mascot as a child, names Bill Gates and Richard Branson as role models and would love to have been the brains behind Microsoft.

He says: ?My positive approach and very good looks make me stand out from the crowd.?