Last week, the teams battled it out to make and market their own biscuit brand. Some half-baked ideas, a ninth win for Helen Milligan and a firing for Zoe Beresford.

Week ten and six remain. Meeting in Enfield, North London, at a wholesaler warehouse, The Apprentice teams were given a range of goods worth £250 to sell. The products ranged from nodding dogs, umbrellas, pressure washers and sunglasses. Ultimately, the task was to flog as much as possible. They then had to sniff out the best-selling items and replenish their stocks. The Apprentice team left with the greatest assets in stock and money in their hands would win.

Team Venture started off well, selling three nodding dogs for £7.50 in Hackney (where people clearly have appalling taste) along with a number of umbrellas and sunglasses. Susan Ma was sent door-to-door selling duvets and towels. Unfortunately, she failed to sell a thing.

Meanwhile, Melody and Helen on Team Logic had a different tactic, heading off to London’s East End to try to sell the stock to retailers (NB: They may have missed the point that retailers could just buy this stuff themselves). Tom Pellereau was left on the South Bank, trying to lure tourists with the nodding dogs and other smaller goods.

Susan did well by picking up more than £100 worth of bracelets and selling them on for a tidy profit. Jim ended up with 23 umbrellas but had no time to sell them. Fail.

Natasha didn’t get what the task was about at all. Lord Sugar fined her £100 for having “no balls, no guts and no investment”.

Down to the numbers…

The claws were out this week. Tom, Melody and Helen received the ultimate grilling from Lord Sugar. Helen was questioned over her decision to try and take the lead role from Melody. After a considerable amount of waffling from Melody, backstabbing from Tom and convincing from Helen, Lord Sugar decided that it was “with regret” that he had to say goodbye to Melody.

So, Melody got the boot. A loss for The Apprentice? Probably not. As one of our readers highlighted, “I haven’t come across anyone so full of hot air in some time”.

We were disappointed that Team Venture wasn’t pulled into the boardroom this week – we might have finally got rid of Natasha. How she is still in for the running is beyond us. Jim’s selling skills were excellent on this task and it was also good to see Tom holding his ground and standing up for himself. He’s definitely one to watch. 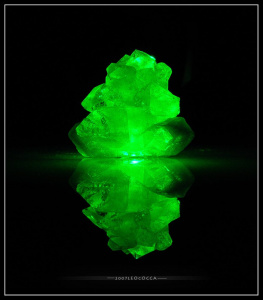