Last week, The Apprentice teams had to sell items ranging from nodding dogs to pressure washes to turn a profit. The goal was to re-invest what they made and buy more products to sell, increasing their assets and ultimately making the most profit.

A loss for Team Logic, a first defeat for Helen and a loss of words for Melody who became the eleventh casualty of the boardroom.

This week, The Apprentice teams had to create a fast-food chain restaurant. Situated in the centre of London, the teams had to decide on a theme, choose the menu and decorate the space, developing a new and unique brand to bring to the market. They would then be judged by industry experts who would advise Lord Sugar.

Jim, Natasha and Susan were on Team Venture (with Jim in charge).

Helen and Tom were in Team Logic (with Helen at the helm).

The Apprentice teams quickly chose their cuisine, with Team Venture opting for Mexican, and Team Logic going for a British pie theme.

The teams split, with one half heading off to choose the menu, and the other picking the branding.

Helen headed to an off-site catering plant to make a start on her all-British menu – three mini pies served with mash (steak and red wine; chicken and mushroom and spinach; broccoli and cheddar. Yum.) She opted for good quality products and took a hit on the margins.

Tom highlighted his skills coming up with “MyPy” as a brand concept with “Say hi to British pies” as the slogan.

Hot from his research, Jim opted for a chilli beef fajitas kit and Mexican soup.

Struggling for Mexican ideas, Natasha and Susan racked their brains on names for their restaurant. Jim eventually decided they should name their Mexican fast food restaurant Caraca’s (they clearly didn’t realise that Caracas is the capital city of Venezuela, which doesn’t exactly fit the “Mexican” theme).

The Apprentice teams were given a day to do a dummy run before Lord Sugar would assess their efforts.

Things went from bad to worse for Team Venture as Susan frantically ran around trying to seat people and take orders. There was noting fast about the processing of orders and customers were left waiting for a long time.

Team Logic, on the other hand, breezed through the day serving up food quickly and easily.

On day two, Lord Sugar sampled both fast-food restaurants with 13 industry experts, who then marked the experience out of ten in four categories: customer service; the standard of meal and menu; the restaurant’s brand identity; and longevity.

There were tears in the boardroom this week as Jim was pulled up on his lack of costings and business model and Natasha was berated for not using her skills (she has a degree in International Hospitality Management).

Both Susan and Jim argued their cases as to why they shouldn’t be fired. Eventually Lord Sugar decided Natasha had “lost her spark” and pointed his “fired” finger at her.

Oh, we’ve finally got rid of Natasha! She’s scraped by these past few weeks so we’re pleased she didn’t get a place in the final.

We were glad to see Susan stand up for herself in the boardroom this week, particularly as she highlighted some of Jim’s flaws.

Who is going to win The Apprentice on Sunday? It’s a difficult one to call. This week’s episode showed some of the candidates in a new light and all the claws were well and truly out.

Susan, Jim, Helen or Tom: who do you think will take the title? 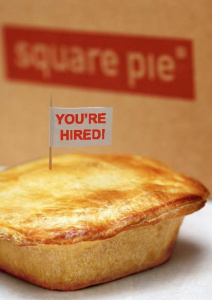