So, we’ve made it to week four in Lord Sugar’s The Apprentice race to determine who will become his next side-kick and 50/50 business partner. Last week saw the loss of optical entrepreneur Gavin Winstanley from Team Logic (not a great loss to the competition), cutting the numbers down to 13.

The Apprentice teams congregated at The British Museum and were given their brief. Highlighting the size of the beauty industry (worth a whopping £14bn a year), Lord Sugar tasked The Apprentice teams with setting up their own “beauty treatment service” (waxing? threading? We could hardly wait). With access to a range of beauty companies, they would be professionally trained and had to choose two treatments to sell to the public.

Keeping a low profile last week, Zoe Beresford was shifted to Team Venture and was crowned team leader by Lord Sugar. Jim was plonked in Team Logic along with Felicity Jackson (nominated to take the lead role).

Of course, Susan Ma wasted no time in telling everyone she had her “own business in skincare”.

The Apprentice teams were sent off to Birmingham to set up shop. Team Venture picked The Bullring shopping centre in the City Centre. Team Logic opted for a different approach by choosing a venue out of town.

When it came to choosing their products, it was a seriously tough decision between the chocolate facial, mummy wrap, clip-in fringe (what the hell!?), hair curling tongs, shine rescue, eye-brow tamer, laver hot shells, cold-stone foot pedicure or spray tan.

Zoe’s team went for the pedicure and spray tan (£37 profit on each spray tan) with Felicity’s team going with the heated shells, “hair pieces” and curing tongs. The Apprentice teams were also encouraged to tempt clients to buy associated products – but any spend on stock would be deducted from takings. Susan put forward some ambitious numbers on what they could sell (with Zoe doing a good job at reigning her in).

Felicity’s team got off to a slow start, failing to actually take any of the clients up to the treatment room, which was three floors away from the sales desk (a bit of a balls-up, really).

Meanwhile, Zoe’s team got off to a fantastic start selling foot massages and spray tans from the word go. Leon struggled to sell the treatments to begin with – but managed to master a smooth “little-finger trick” to pull in the ladies (don’t even ask!).

Cringeworthy moments from The Apprentice:

… Team Felicity for their cunning massage plan. They decided to give out free 3-minute massages and clients would pay for any additional time they went over. Not the biggest money making idea ever – but at least they had some clients in the treatment room.

After much bickering, Vince wondering why he wasn’t put in charge and Tom going over the figures for the umpteenth time, Felicity took back Ellie and Natasha who, within seconds, had both turned on her in an attempt to save themselves. It worked. Felicity got the “You’re fired” finger from Lord Sugar.

Despite a slow start, the task was actually quite interesting – and the bitching between the girls reached an all-time high. Susan didn’t do herself any favours by insisting she knew about something when she clearly didn’t have a clue. We hope to see more of Jim Eastwood on next week’s episode of The Apprentice (it’s that Irish accent… ) and hope that Vince also gets the opportunity to shine. 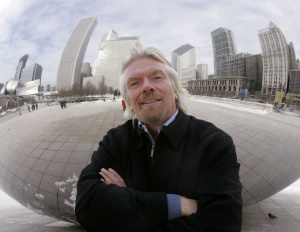 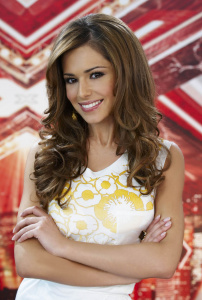 What X Factor and British bosses have in common