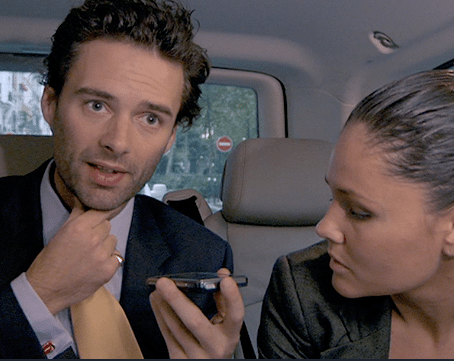 Last week, The Apprentice teams were tasked with creating their own “freemium” magazine. Team Logic, led by Natasha Scribbins, stole the headlines with an easy win. Engineer Glen Ward became the latest casualty of The Apprentice boardroom.

This week, The Apprentice teams gathered at St Pancras International and were given their brief by Lord Sugar. They would be heading off to Paris to represent some unique British products, which they would then have to sell to the French market. They would each have an order book. Mixing up The Apprentice teams, inventor Tom Pellereau was given the lead role for Team Logic. Helen Milligan was moved over to Team Venture, with Susan Ma taking the lead role. The teams split, one half heading off to France to research the market and the other half left in Britain to choose from the ten products on offer (none of which were on the shelves in France). A difficult choice: the merchandise ranged from a €2 children’s toy to an electronic bike costing €700.  After conducting some extensive market research (well, they asked four people), Team Logic decided to go for the pop-up postcard and china teapot lamp. Team Venture opted for a booster-seat-cum-backpack for kids along with a universal travel grip.

The Apprentice teams had to arrange and set up their own meetings with as many retailers as possible. Melody could speak French, so she took a lead role for Team Logic, arranging numerous meetings but failing to pass on the details to the other members of her group. (She forgot it was a team task.) Lord Sugar had set up a meeting with shopping catalogue La Redoute for both teams. Due to the lack of market research conducted by Melody and Leon, Tom offered La Redoute a ludicrous minimum order number of ten (which made him look pretty stupid – does he not know the size of Le Redoute?). Helen pitched for Team Venture and did a sterling job.

A boardroom grilling for Tom, Melody and Leon. Melody was pulled up on being greedy and failing to notice it was a team effort. Tom was reprimanded for failing to take control of the team. But it was Leon, who failed to contribute to the task at all, who was fired from the show.

Natasha escaped yet again this week. She didn’t say a word in the boardroom and got off lightly. We’re not keen. We hope she gets kicked off next week. It’s no major loss to see Leon leave the show. He was a bit of a sloth, to be fair. It was great to see another win for Helen – she’s the only contestant on The Apprentice who hasn’t lost a task as yet. Oh, and we were also pleased to hear Lord Sugar mention our Women of the Future Awards and Asian Women of Achievement Awards in the show, when reeling off Melody Hossaini’s trophies!