Last week, The Apprentice teams had to create and manage their own fast-food restaurant. A win for Helen and Tom with their “MyPy” British pies idea meant the pair were automatically placed in the final.

Jim, Natasha and Susan were left to fight it out over the remaining two slots. Natasha was eventually given the shove.

In last night’s final episode of The Apprentice, the remaining four candidates had their last chance to convince Lord Sugar that they were worthy of becoming his business partner and deserving of the £250k investment.

They had to present their business plans and would then be interviewed by four top executives: Claude Littner, formally Lord Sugar’s “global trouble shooter” (and a bit of a meanie); Margaret Mountford, a key member of the Bright Ideas Trust and Lord Sugar’s former sidekick on The Apprentice; Mike Soutar, pioneer of the free magazine industry and chief executive of Shortlist Media; and Matthew Riley, who owns telecoms company Daisy Communications now worth over £300m.

The Apprentice candidates took it in turns to be interviewed by the four experts and have their business plans and CVs scrutinised.

There was a fierce grilling in store for all of The Apprentice candidates. They’ve had weeks to think about their future business, make tweaks and do their research. This was their big moment to present their bright ideas.

Helen‘s idea was to “help the nation get back on its feet” via an assistant service for the mass market (rather like a concierge service). She wanted to do the mundane tasks that took people time, such as making dentist appointments, making reservations or booking holidays.

Tom thought he’d introduce a chair he had invented to British workplaces to minimise back pain.

Jim wanted to use Lord Sugar’s name to provide employability skills training to schools through an e-learning programme.

How did these brilliant ideas go down? Like a lead balloon.

Jim had too many clichés for Margaret and was unable to give a straight answer to any of her questions. Mike Soutar gave him stick for failing to carry out any market research or speaking to any schools about his idea.

Tom was pulled up by Claude Littner for the sheer volume of errors in his proposal and told it was “complete nonsense” and “not credable” as a business plan.

Helen was scrutinised over her lack of knowledge of the industry and the amount of competition she’d have to contend with, as well as the fact that she has no contacts to get the business model off the ground.

Susan‘s numbers and lack of understanding of marketing such a product and getting it into the large retailers was highlighted. She was, unusually, left stuck for words.

So, down to Lord Sugar to make a decision in the boardroom. After highlighting that Jim’s idea wouldn’t work without Lord Sugar himself, Susan had made a fluff on her numbers, Tom’s idea was a little too wacky and how “terribly disappointed” he was with Helen’s unscalable business idea, Lord Sugar had to make a call.

First to go was Susan, as the idea would need a lot more money than Lord Sugar intended to spend.

The next person to be fired was Jim for failing to come up with an idea that was commercially strong enough.

This left just Helen and Tom. There was tension in the air.

Tom had come up with 22 different ideas for his business plan, ultimately settling on the chair idea which Lord Sugar said would “need a lot of work”.

Lord Sugar said how disappointed he was with Helen’s business idea and that it was a shame that she hadn’t stuck to what she knew.

Who was crowned The Apprentice winner? Tom.

It was a bit of a shock that Tom took the title from Helen after she had shone in every single episode of The Apprentice. Tom had only won three tasks, whereas Helen had only been in the boardroom once.

It was a pity Helen didn’t put forward a better business plan.

Sure, Tom’s a nice guy and he has a lot of great ideas. We’re sure he’ll make Lord Sugar a lot of money if he is managed in the right way.

POLL: Should Cameron have gone to South Africa? 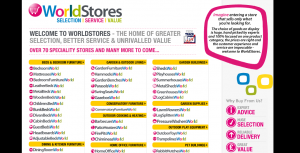