In my view, mainstream programmes such as The Apprentice and Dragons’ Den have made the business world more attractive to the viewing public.

Up until this series of The Apprentice, the prize has always been a job alongside Lord Sugar. This time round, it was £250k to invest in a new business.

As potential entrepreneurs, the original 16 struck me as a pretty weak lot – and this appears to have been borne out by the shortlisted four failing to produce a credible business plan between them. Personally, I would have been “out” on any plan put forward by the four of them.

Sure, Tom is a genius ideas man but, on his own in business, he’s a risk. Put him with a partner who provides structure, strategy and sanity, on the other hand, and he could well be a huge earner. The partnership with Lord Sugar might just work but let’s remember that a) the partnership won’t be an equal one and b) if Tom is a “real” entrepreneur, he will naturally loathe working for someone else.

Helen, brilliant administrator that she clearly is, also regularly displayed a complete lack of understanding of basic business principles (remember the wholesale /retail fiasco?) and would have been an even less sound investment on her own. But good for her that she’s bagged a £100k job with concierge business Ten Lifestyle.

The Apprentice highlights just how vital the balance of a team is. Once again, we had live lessons in this from the perfect pairing of the ideas man and administrator (Helen and Tom) and the disaster coupling of the opinionated and ignorant with severe personality clashes (Susie and Natasha).

This series of The Apprentice also converted me to the concept of group interviews. Had I seen a room full of the 16 together, I would have had little problem chucking a good half of them out the door within the first three minutes. 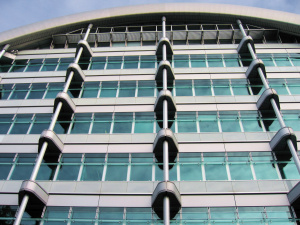