Current fibre services rely on cables connected to roadside cabinets. Older copper cables then find their way into our homes. This is set to change, with the government planning to trial full-fibre broadband – currently the preserve of two per cent of the nation – in specific locations.

Feeding cables directly to buildings, as is the case with full-fibre broadband, will boost speeds up to 1Gbps. And the first to benefit are, according to the BBC, businesses, schools and hospitals.

As for locations, these are the selected few: Aberdeen and Aberdeenshire, West Sussex, Coventry and Warwickshire, Bristol, Bath and North East Somerset, as well as West Yorkshire and Greater Manchester.

Recently, the government announced a spending pot of £10m to get the pilot areas ready. This is from the £200m chancellor Philip Hammond dedicated to full-fibre broadband and 5G mobile in his 2017 Budget speech – the remaining £190m will be spent by 2020-21.

“These fibre spines are a great step towards future-proofing business in Britain,” William Newton, president and EMEA MD at WiredScore, opined.

“Demonstrating that the UK has the necessary digital infrastructure will not only be crucial to supporting existing business operations, but also ensuring the country continues to be seen as an attractive place for tech investment, expansion and startups.

“Establishing a fast and effective roll out of full-fibre broadband will thus be essential if the UK is to remain a global digital leader”.

But while the announcement has sparked similar applause from Brits, there are sceptics who suggest the pilot is too sparse in detail.

The sentiment is echoed by Gigaclear CEO Matthew Hare. He said that while the move was an encouraging one, the government hadn’t explained how the trial would be executed.

“The need for full-fibre broadband is not new; at Gigaclear, we have been investing in its infrastructure since 2010, primarily focusing on the forgotten rural communities,” Hare added.

“However, this is a national issue for individuals and families, through to schools, hospitals and businesses. The way forward is a national roll out, which is the only way to secure ‘world-class’ connectivity and future-proof the UK’s digital economy.”

The announcement follows a government study on how the Connection Voucher Scheme, which ran from 2014-16, impacted SMEs. It found that 42,500 small firms were on average able to speed up internet connections by 18 times. 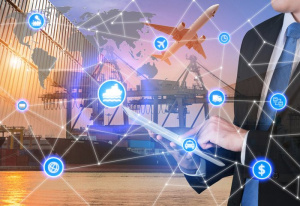 One third of businesses ignore Modern Slavery legislation, and get off scot-free