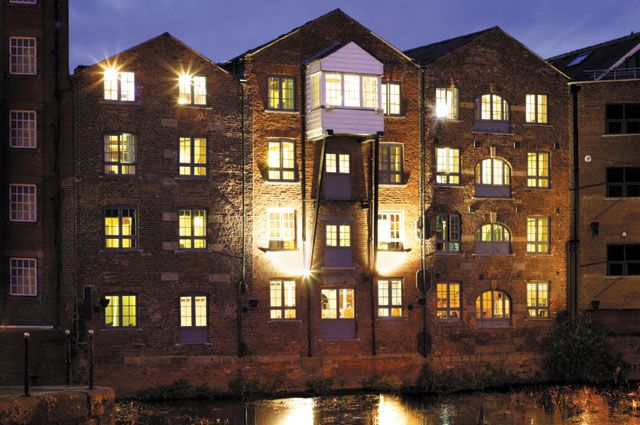 It had been a long day. Up at 5am to go training for my climb up Kilimanjaro later this year, then three one-on-one coaching sessions with clients, followed by a HEMP workshop for 20 people and then a dash across London to get the train to Leeds. At 8.30pm, when I arrived at my hotel, 42 The Calls, I was tired and hungry (not a great combination my wife will tell you). But something happened to lighten my mood. Sharon, on reception duty that evening, ran through the usual things, such as wake up calls and newspapers, before stating: “Breakfast is served from 7am in the restaurant.” Exactly the time I had hoped to leave for my appointment the next day. I expressed my disappointment, to which she replied: “I’m sure it won’t be a problem to get the chef to come in early. We’ll have your breakfast ready for 6.45am.” At 6.30am the next morning, it was Sharon who greeted me with a newspaper and a smile and, sure enough, at 6.45am on the dot, a first-class full English breakfast was served. Extraordinary service!

A few days later, I got a letter from Carla at American Express asking if I’d like “a free night at the Park Hyatt in Paris on us”. I called her up. “What’s the catch?” were my first words. “None,” replied Carla. “You can stay one night for free, for two people, with breakfast included and ¤80 to spend on food and drink.” I asked if I had to stay a minimum number of nights or had to eat in the hotel and was told I could do whatever I like. “It’s a gift from us for being such a valued client,” said Carla. I took up the offer and there were no catches at all – apart from Lady Gaga staying there at the same time as us. We had to wade through her legion of fans every time we went anywhere. Recently, I was asked to facilitate a HEMP workshop for IDIS, the leading pharmaceutical company in Weybridge. On arrival, I was greeted by Michelle, one of the most cheerful receptionists I have ever met. She accompanied me to the boardroom and spent the next fifteen minutes helping me get my laptop and projector connected and lay out all the workbooks and materials, then raced off to get me a pot of fresh coffee. Another extraordinary experience. On another occasion this month, I was at the Hilton Hotel in Reading. Harle was in charge of conferences that day and I knew I was going to be well looked after, based on previous experiences (I have used this venue six times now for conferences and events and each time, they’ve blown me away with outstanding service). I asked for the room to be laid out differently and, within a few minutes, a team of four was moving tables and chairs for me. Then I wanted to change the position of the projector and screen. “No problem,” came the answer. But what topped it all off were the two large cups of espresso handed to me at exactly the right moment, without my even asking. These four examples from the past month reaffirm my belief that successful selling is all about doing the ordinary things extraordinarily well. Sure, the Amex offer was, on the face of it, expensive (although in reality probably hugely discounted from the rack rate), but the other three experiences cost next to nothing and have me raving about them to everyone I know. Over the years, I’ve developed a classification for service. I call it the “O-GAP” with Outstanding at one end of the scale, Poor at the other end, and Good and Adequate in between. Those companies that provide me with a good or outstanding service get my repeat custom and recommendation. What’s significant is that they nearly always stand out for delivering things that cost nothing, or very little, yet have a huge impact. So what ordinary things can you do extraordinarily well to help you close the O-GAP?