Forbes detailed how in January 2014, Mark Zuckerberg reached out to Evan Spiegal, suggesting they meet up – and why it led to Spiegal buying The Art of War.

“Let’s get to know each other,” Zuckerberg said in his e-mail, to which Spiegal responded: “I’m happy to meet you… if you come to me.”

“When Spiegel showed up with his co-founder Bobby Murphy, Zuckerberg had a specific agenda ready,” the Forbes piece read. “He tried to draw out the partners’ vision for Snapchat – and he described Poke, a mobile app for sharing photos and making them disappear. It would debut in a matter of days. And in case there was any nuance missed, Zuckerberg would soon change the large sign outside its campus from its iconic thumbs-up ‘like’ symbol to the Poke icon.”

Spiegel told Forbes: “It was basically like, ‘We’re going to crush you.’”

So what did the two co-founders do? They brought a copy of The Art of War for each of their employees. What makes this book so special is that while written by general and philosopher Sun Tsu in 500BC, it still offers numerous lessons that can be deployed today, no matter what your situation. So for those who want the watered down version of the book, here’s the gist of it:

The best leaders view business like war, with a truly valuable skill being the ability to select the right battles – sometimes you need to let some go for the greater good. It also comes down to understanding which tactics and which troops will lead to victory. Putting practical knowledge into good use, as well as utilising the right staff to their fullest, will get you far.

That brings us straight to…

There is no such thing as a useless employee – everyone has a strength. Its your duty to figure out what that is and put it to good use. Even then, an effective leader will eventually learn how to blend everyone’s advantages and weaknesses together to form a strong team and strategy. The Art of War aside, management guru Peter Drucker said, “Only three things happen naturally in firms: friction, confusion, and underperformance. Everything else requires leadership.

“He will win who, prepared himself, waits to take the enemy unprepared”

101 of The Art of War: Don’t let rivals see you coming. That means, for example, not using the same old strategies that proved successful in the past. Modify your tactics depending on your opponent – so it pays to do heavy research before taking someone on in the business world boxing ring. Know the strengths and weaknesses of the company you want to conquer over.

“Ground on which we can only be saved from destruction by fighting without delay, is desperate ground”

You may have noticed a reoccurring message – research, create a strategy and for goodness sake don’t leap before you think. The best course of action is almost never the knee-jerk one. Always consider all angles – it’s especially true today where anything you do can end in a depressing twitter storm that will drain you of your reputation. Always take a step back first – no going in guns blazing! It’s so important he refers to it multiple times. Here’s another statement urging “generals to think twice: “Anger may in time change to gladness; vexation may be succeeded by content. But a kingdom that has once been destroyed can never come again into being.”

Talk of fighting aside, Sun Tzu drills one point home: “Move not unless you see an advantage; use not your troops unless there is something to be gained; fight not unless the position is critical.”

We leave you with this closing statement of advice from Sun Tzu: “If he is secure at all points, prepare for him. If he is in superior strength, evade him. If he is taking his ease, give him no rest.” 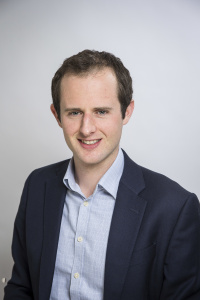 What’s next for business broadband? FSB unveils its thoughts 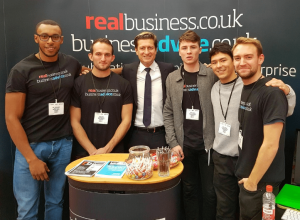