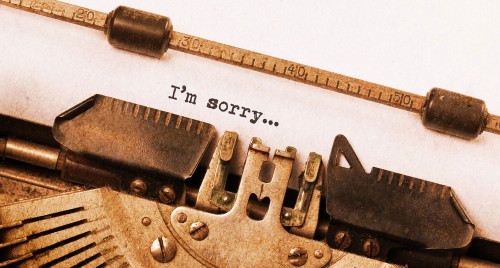 Share via
The corporate apology can be a very powerful weapon when it?s well handled ? or an unmitigated disaster when it?s not. Compare the response of Merlin Entertainments chief executive Nick Varney after several of his customers were trapped on a rollercoaster, some suffering severe injuries, to that of Thomas Cook chief executive Peter Fankhauser over the deaths of two children, poisoned by a faulty gas boiler. Varney recognised the gravity of the situation and threat to the reputation of his business immediately. He told journalists the company took full responsibility for the Alton Towers accident and would pay compensation to those affected.?Fankhauser, by contrast, refused to apologise at the inquest into the children?s deaths, dancing on the head of a pin for fear of legal action against his staff. When an apology was dragged out of him a week later, in a face-to-face meeting with the children?s parents and a round of masochistic TV interviews it was only after his company?s image had been comprehensively trashed. How do you pull off the perfect corporate apology? The first thing to say is that, if you approach it with that level of cynicism you?ll never succeed. In an age, when we are all media savvy and conditioned to the concept of spin your apology has to be sincere. You are apologising because you are genuinely sorry and want to put things right, not because you want to save your skin. We are all familiar with the corporate apology that is no such thing. Like a politician in a tricky situation, the CEO promises a full, independent investigation into whatever has gone wrong but says it would be wrong to prejudice the outcome of that inquiry. In other words, kick it as far as you can into the long grass and hope that everyone forgets what you did wrong by the time your carefully chosen independent investigator has published the report. Read more apology and complaint letters: When Volkswagen was caught using illegal software to cheat on emissions tests, Michael Horn, the chief executive of the company?s US business, appeared at a congressional hearing to offer “a sincere apology”, but his performance was widely rubbished. Critics were unimpressed, saying Horn had not been candid enough about the causes of the scandal or delivered a clear commitment to change. They were unimpressed, too, that the company?s CEO Matthias Muller had not offered the apology in person. BP chief executive Tony Hayward did face the music after the 2010 Deepwater Horizon oil disaster. Having refused to undertake any media appearances, his first live appearance in a TV studio was in the midst of a crisis ? not the best time to make your media debut. Hayward famously said he “wanted his life back” and never really recovered from that remark, given the scale of the human and environmental catastrophe. Before the end of the year he was gone. Those are examples of seismic, reputation-shattering crises which would test any business leader. Not all situations which demand an apology are as existential, but they are opportunities to show your customers you speak human and in the digital age tone of voice is everything. You need to speak to your customers in their language and a way that is consistent to your brand?s values. When a host?s home in San Francisco was trashed by an Airbnb guest, the company?s co-founder Brian Chesky posted an open blog, admitting “we screwed things up” by failing to take the incident seriously enough and disowning an earlier blog he had written. Not only was his apology fulsome ? “we should have responded faster, communicated more sensitively and taken more decisive action” ? but it was accompanied by an announcement of a change in policy. Airbnb introduced a $50,000 guarantee, protecting hosts? property from damage. Far too often, corporate apologies are written by committee. The life is squeezed out of them by over-cautious apparatchiks. They become clunky, inauthentic and legalistic. Far better to throw caution to the wind, dispense with the script and try to communicate directly with the customer. When Taylor Swift criticised Apple for not paying artists? royalties during a trial period for its new music streaming service, the company didn?t hang about. Within 24 hours, an Apple executive took to Twitter to say it was changing its policy, executing a complete U-turn. There was no press release, no pre-emptive briefing, just a tweet saying: “We hear you @taylorswift13 and indie artists. Love, Apple“. Simple, to the point, written in the customers? own language and apparently unspun. There?s plenty to learn from that. Tim Jotischky is a senior consultant at PHA Media. The PR strategies taken by Thomas Cook and Merlin Entertainments ? the company in charge of Alton Towers ? have been notably different in the face of difficult situations involving both firms. There’s a lot to be learnt from each method, not least the sometimes overlooked asset of compassion.