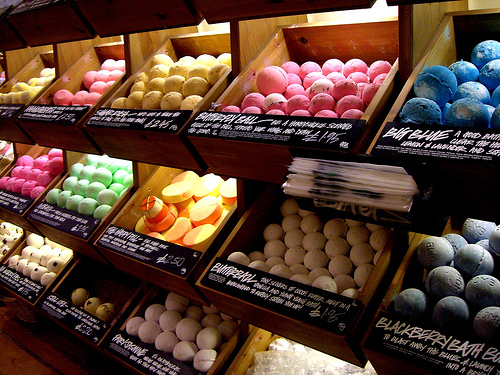 Share via
Surprisingly, last year’s winner, Apple, slipped down to 13th place after seeing nine per cent slashed off their customer score. Several customers complained about it being difficult to book an appointment with its ‘genius bar’ service, which helps consumers with technical problems. And after finishing second to Apple last year, Lush topped the table with a customer score of 83 per cent, reclaiming the top spot it held in 2012. Customers praised the ‘personal’ aspect of its attentive customer service, described staff as ‘friendly’ and ‘helpful’ and liked their try-before-you-buy service. Lush was closely followed by the Disney Store (82 per cent), with customers loving the “enchanting” atmosphere and “great service and products”. At 81 per cent, Richer Sounds was the only store in the top five to win a five-star rating for its pricing. Which? Admired John Lewis (80 per cent) for its consistently high ratings for range and service, while Waterstones (80 per cent). While the top shops differ in the items that they sell, they all have one thing in common ? outstanding customer service. This was echoed by Which? editor Richard Headland, explaining that ?people won’t settle for bad customer service and this is supported by the results of our high street shops survey. Stores giving people the care and attention they want have happy customers who return.?

99p Store, which got low ratings for everything except its pricing, gained a customer score of 60 per cent. This was followed by EE (60 per cent), HMV (59 per cent) and Homebase, who was ranked as the lowest-rated shop for electricals and below average for DIY at a score of 56 per cent. WH Smith, however, came last for the second year in a row, with shoppers complaining about ?crowded stores with limited stock?. One shopper also described it as ?a little dated and falling behind.? What did these shops all have in common? “Unhelpful staff”, which was rated as the factor that irritated customers the most. Image source By Shan? Schutte