As we ease into the Christmas period, we take a look at how the fashion business and brands are developing with marketing themselves to success. What are the top marketing campaigns of the season and why they have been so successful?

Set at the Palace of Versailles, this is a ‘follow-up’ of a very successful campaign by the same name, launched last year. It has a mini-film and print campaign that was launched initially in Vogue China. It depicts a fairy-tale party set in a barren woodland retreat, starring model Daria and music from Depeche Mode. The video on the official Christian Dior YouTube channel has received 10m hits and counting. And one single status update on their Facebook page received over 100,000 likes. People have warmed to this surrealist, wintry campaign.

One of the reasons why this campaign works well is because it is a continued story, a new tale in a film campaign. The video is brought to life by the content that is marketed well. The content feels poetic looks poetic and has a depth of information which certainly brings the audience into a fairy-tale that you want to explore more.

The devilishly good casting of Ben Whishaw, Christoph Waltz and Ezra Miller would almost be enough to make any campaign work, but Prada have outdone themselves with their Fall/Winter ’13 promotion. Using iconic 1960s mod aesthetics, you wouldn’t need to see the logo to know that this is classic Prada advertising. The casting was described as bringing together the ‘protagonists in a drama of wit and enigma’. Shot by David Sims in London, there is an air of irreverence and modernity to Prada’s offering. A short ‘behind the scenes’ video on YouTube received a 99 per cent positive vote result and had over 33,000 views.

In the fashion business design and style is at the forefront of the audiences eyes. Missoni made great use of their universally recognised geometric patterns in their latest campaign to celebrate their sixtieth anniversary in style. Their Fall/Winter ’13 campaign is fronted by the legendary Stella Tennant in a series of shots set on Britain’s Cornish rocky beaches. Photographer Alasdair McLellan has used the Missoni zigzag pattern in triangular patterns on white boxes, upon – and in – which Stella poses. Not much was made of this set of photos on social media, with the brand opting to nostalgically revisit their history. In print, however, we saw this everywhere and a beautiful behind the scenes video appeared on the Missoni website.

When devising a campaign to engage the audience you always need a unique selling point and using well know people who are connected works well. Using Amanda Seyfried and the former French Vogue editor and her daughter Julia, may seem like quite a bizarre mixture of famous faces for Givenchy but the mix works. Carine Roitfield (French Vogue) has worked closely with Creative Director Riccardo Tisci for many years and starred in his adverts before. The mother-daughter combination works perfectly for this particularly gothic Fall/Winter ’13 collection – they are sultry and dark and have wonderfully expressive faces. Amanda Seyfried, a recent addition to the label, wears the already iconic Bambi sweater, which is being copied everywhere. You’ll even see it in Primark.

Channelling its idiosyncratic nature, Kenzo doesn’t disappoint in its campaign for this season. Using pop art and eyeball motifs, its two stars (model Sean O’Pry and Japanese actress Rinko Kikuchi) go off on a series of adventures in miniature form. The eyes pattern was recently seen on Christina Aguilera on the American version of “The Voice” – promoting the campaigns further. Their Fall/Winter ’13 “Eye beams” video in particular on YouTube has amassed over 350,000 views. The campaign is unique, bold and has an edge about it; in addition the musical performance is catchy for the audience.

You may not know this but Kenzo even dedicated a ‘secret room’ on their website to this campaign. Bold Graphics, already iconic imagery and a healthy dose of humour make this a success by anyone’s standards. The eyes have it, the Kenzo campaign is without doubt the most original and memorable of all the Fall/Winter ’13 collection advertising.

Hannah Connor has experience working on multiple projects within the fashion and hospitality industry. She is now a freelance writer and strategist who works alongside Vouchercloud consulting and developing content on the Vouchercloud Topman discount team, reviewing exclusive deals and planning product placements. 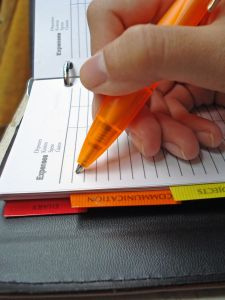 Prepare or face a slow decline 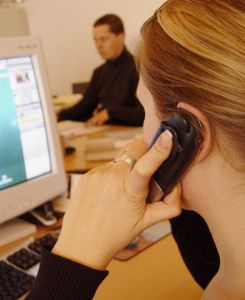