Pearson has borrowed business ideas from the US not once, but twice. His first startup, a personalised rose company, was inspired by a similar firm across the pond.

“I found the idea in America and launched it here,” explains Pearson. “I literally bought a laser and etched a bespoke message on the petals. I had no staff, just me. ” His eTailer, Roses by Design, was the first of its kind in the UK and the orders flooded in.

“My best piece of marketing for the business was a voucher code,” says Pearson. “I put out the code to test out the concept of viral marketing and it was really popular. People were sending it to their friends and friends of friends. I thought, ‘That’s hot!’ It’s my cheapest marketing tool and it’s bringing in the most sales. That was my first venture into discount codes.”

Having already seen the value in bringing a successful US business model to the UK, Pearson scoped out the discount voucher market over there to gauge the size of the oppportunity. “Everything starts in the US,” he says. “I checked the “coupon sector”, as it’s called over there. It had grown, year-on-year, to crazy levels. They’ll collect coupons for everything. Two cents off a loaf of bread. Anything.”

But the culture for discounts was very different here in the UK. Pearson admits he never expected the sector to blow up the way it has. “People were – and I have to be careful how I say this  – embarrassed, I guess,” he says. “But that is the beauty of online. When you’re in your own home, no one’s going to judge you.”

Pearson ditched his rose business and took the plunge with MyVoucherCodes in 2006. It was a one-man band: Pearson trawled the web single-handedly, looking for likely discounts. The site was very basic – “Only a few hundred pounds to build,” he says. And Pearson handled all the marketing and SEO himself. “I’m a workaholic. I put in the hours.”

The site launched in November. By mid December, Pearson had had companies like Play.com, John Lewis and Dell contacting him asking to increase their exposure on the site. Pearson laughs: “ I’d say: ‘Give us a discount and make it exclusive for starters.”

Today, the firm pulls in a turnover of £9m with £5.3m profit. A soft prediction for revenues this year is £15m. And the company has come full circle. Having been inspired by the “coupon sector” in the US, Pearson has just launched his own outfit in the US market, CouponCodes4U.com, which is set to take the American discount sector by storm. And this time, he is using his successful British business, MyVoucherCodes, as the template for his startup.

“I intend to enter the American market to shake things up,” says the MyVoucherCodes entrepreneur. “The affiliate market and discount sector over there is predominantly unregulated, which means that many consumers are left without the code or deal they were enticed to the site for. I propose a change to this, and will take with me the fantastic regulations the UK affiliate market impose on discount code websites, to ensure consumers find the best deals possible.” 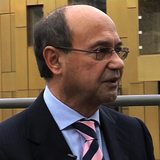