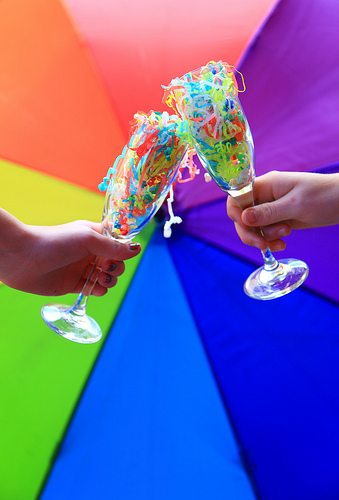 Duncan Cheatle set up The Supper Club in 2003 for high-growth entrepreneurs who ?want to meet a vetted peer group and avoid the sales banter of advisers and consultants?. The big draw is the sheer range of events (560 and counting) it puts on for members, ranging from seminars on international expansion to special-guest dinners with the likes of Mike Clare of Dreams and Tim Richard of Vue Entertainment. Fees start at ?100 a month.

Created in 2002, Critical Eye has a rather unusual structure. Alongside the usual run of events, members are also given access to a dedicated ?associate?, who can offer one-to-one advice. We spotted former permanent secretary Sir Brian Bender on this list.

The best thing about the Business Leaders Network is its range: last year?s events spanned from Edinburgh to Cambridge. Set up by Mark Littlewood, events revolve around emerging sectors and venture financing. Attendance is strictly controlled ? each event features a ?curated? group of founders, chief executives and investors.

Entrepreneurs World is ?unashamedly? aimed at founders and owners of medium-sized companies. If your business turns over less than ?1m a year, you?re off the list. Patrons include Betfair?s Ed Wray and ex-Hobbs boss Nicholas Samuel. Membership is a cool ?2,500 a year.

Bradley Chapman bounced back from bankruptcy to found online business support website Raw Business. The site?s mantra is ?strength in numbers?. Sign up (for ?399 a year) and you?ll be given full access to a database of more than 8,000 online members.

Founded in 1994 and now headed up by Kwik-Fit founder Sir Tom Farmer, the Entrepreneurial Exchange has 470 members. The Exchange is open to any entrepreneur ?committed to growing a significant business, and creating wealth and employment within Scotland?, and costs ?395 plus VAT a year.

Unsurprisingly, this group hosts meetings on the first Tuesday of every month. It?s the place to be if you want to meet tech entrepreneurs and brush up on topics such as cloud computing and online gambling. First Tuesday has ten branches across Europe and 38,000 members. Annual membership costs ?199 a year or you can pay as you go. Thumbs up for its distribution of guest lists after each event.

This private members? club, whose investors include Mike Rutherford of prog-rock behemoths Genesis, is a stone?s throw from Goodge Street station. Designed as a space for people who live and work outside London, members can use the facilities to entertain clients and hold meetings. Real Business spotted former Dragon Doug Richard last time we were there.

Gordon Guthrie, founder of Scotland?s Hypernumbers, tells us he?s a fan of TechMeetup. ?The tech scene in Edinburgh is buzzing, with loads of interesting start-ups. TechMeetup is where we congregate once a month to meet each other and talk about some of the cool stuff we?re doing.? Best bit: it?s free.