Excited about the Big Society? The archbishop of Canterbury is, giving it “two and half cheers” – withholding the final demi-unit until he is reassured the concept isn’t some ruse to slash welfare payments. Guardian columnist Polly Toynbee is certainly animated, describing the Big Society as “a bit fat lie… an airy thought, a smile on the face of the shrinking state”. Brian Reade in the Mirror labels it “a vacuous waste of space”. Nick Clegg said it’s “a PR-stunt disguising fake change. It’s hollow. There’s nothing in it.” Though, to be fair, that was before the election. He’s all for it now, obviously.

And you? Are you swinging from the chandeliers at the thought of getting involved? You ought to be. Seriously. Because behind the touchy-feely management speak there’s a hard kernel to the Big Society. It encompasses the release of secret government data, hundreds of millions of pounds of new funding and the unlocking of swathes of commercial activity previously monopolised by the state. And that’s just the start. For the commercial sector, this could be a revolution to dwarf the privatisations of the Thatcher era and the common-market reforms of Ted Heath. There are mouth-watering opportunities opening up and, if you’re too busy snubbing the idea, you could miss out. To get you started, here are six reasons you should be getting excited by Cameron’s Big Society.

The first big change wrought by the Big Society revolution is to unlock all government data streams. No more will you need to put in a Freedom of Information act to discover the NHS budget for floor-cleaning fluid or how many restaurants there are in Cardiff. Instead, all historic and current data will be housed online at data.gov.uk. Have a search. Be sure to try the “random” button that throws up surprise datasets.

The idea is that entrepreneurs will create services based on these data sets. An early adopter is the charity MySociety, which produces the website They Work For You, which scrapes the text of Hansard and combines it with voting records to produce a detailed analysis of the actions of Members of Parliament. With a click, you can discover how your MP votes (eg voted strongly for the Iraq War; voted against more EU integration etc), read their speeches and discover which public-bill committees they sit on. If the government had tried to create such a function-rich website, the bill would have run to seven figures. MySociety produces the site at no cost to the taxpayer.

Jeff Gilfelt (pictured) is an entrepreneur who had a rummage through data.gov.uk. He discovered statistics on anti-social behaviour orders, known as Asbos. He integrated the data onto a map to create an iPhone app, Asborometer. Wherever you are in the UK, you can discover the criminal level of the local neighbourhood at the touch of a button. Real Business HQ in the borough of Kensington and Chelsea rates “low”, with 1,808 Asbos issued, a graph showing a sharp decrease in issuance since 2008. Housebuyers would love the app. Gilfelt says: “I was playing about with the data I found and the Asbo data looked interesting. The app is free and got 150,000 downloads.

It’s still early days, and the data isn’t formatted in a standardised way, which makes it challenging to use, but I can see data.gov.uk changing the way citizens interact with the state. The commercial possibilities are huge.”

To engage with the Big Society, it helps to have a little cash to invest – which is where the Big Society Bank comes  in. The bank will fund charities, social enterprises and  profit-making ventures that contribute to the Big Society. It will be funded by raiding dormant bank  accounts, defined as those that haven’t had a  transaction for 15 years and whose owners are untraceable – though to assuage the paranoid, the money will be refunded should the rightful account holder be identified. The Big Society bank is still in early-planning stage. Currently, no chief executive has been appointed, the bank has no premises and there are no details about how it will be run or regulated – but it is scheduled  to start making payments by April.

Paul Cheng of social investment fund Venturesome is  advising the project. He says concrete information is still  hard to come by, but the concept is promising. “The Big  Society Bank won’t make direct loans, but will be a  wholesale funder, providing resources to existing  organisations on the frontline. Candidates to receive  money will be bodies like Venturesome or specialist  banks like Triodos.” By supplying money to existing organisations the Bank will also avoid accusations of political bias and cronyism, as well as circumventing the legal obstacles relating to what could be regarded as state-aid – forbidden under EU law.

The commercial nature of the Bank has yet to be clarified. Cheng: “We don’t yet know whether the Bank will exist indefinitely, and therefore need a return on its money to sustain itself, or whether it will have a limited life, such as ten years. In my opinion, it would be disappointing if they just give out cash. It needs to find a balance between social and financial returns, looking for loans to be repaid by profit-making sectors but being prepared to stomach a loss if it is funding essential social work. That would be a justifiable compromise – but at the moment, we don’t have details.”

The amount to be raised is also not certain. Cameron  says £60m, though Cheng says that a similar scheme in Ireland raised far more than was forecast. “Numbers  being thrown around vary from £40m to £500m. No-one really knows.” What we can rely on is a sudden surge of cash for Big Society projects, starting around spring next year. 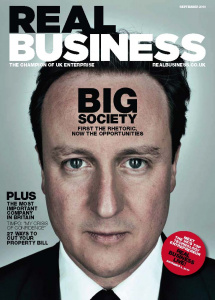 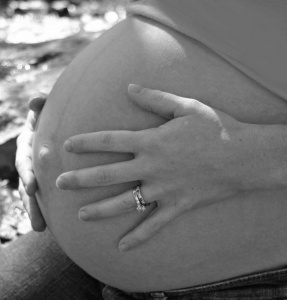