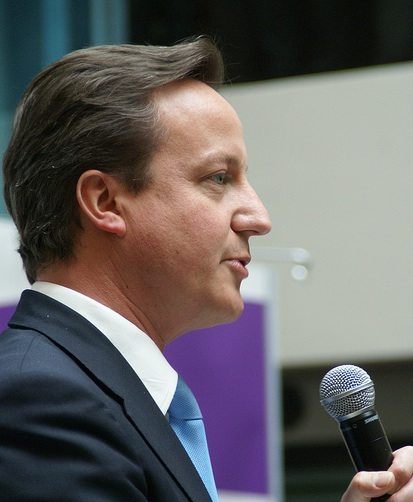 Share via
3. Greater role of UK plc As part of the recognition that entrepreneurs bring new energy, ideas and value to public life, many government functions will be outsourced. For example, the training of the long-term unemployed is increasingly undertaken by private-sector contractors, such as Emma Harrison’s £145m-turnover A4E; NHS doctors are using administrative services provided by entrepreneurs, such as the online booking service Docslot founded by Simon Shepherd; and the environment agency is considering using private firms to care for our 225 nature reserves. Charities, quangos and big government bodies could be axed or privatised. The Carbon Trust, which advises businesses how to cut emissions and lower their energy bills, is one organisation under scrutiny. The government is keen to recognise that the work carried out by the Carbon Trust is already being done by the private sector and charities, such as Global Action Plan (GAP). Founded by the former head of fundraising at Friends of the Earth, Trewin Restorick, GAP advises clients such as Sky and Allianz on how to go green. Restorick says the rebalancing of the relationship of the state and his sector is welcome news. “We have a government-sponsored rival, which makes life difficult for us. If the Carbon Trust lost its funding, as many quangos will do, we will move into the space it occupies. Ideally, we are hoping to get some of the funding the Carbon Trust receives. What might emerge is a network of local organisations who are in dialogue with each other.” He says society would benefit, as non-state providers such as GAP are far more nimble and cost-effective than state bodies. “Civil servants are fearful for their jobs and are very introspective. They don’t authorise projects if there is a hint of uncertainty. That isn’t a model that produces lean, innovative service providers.” Entrepreneurs, of both the social and capitalist variety, will find rich pickings as the state shrinks. 4. Initiative by civil servants Getting government officials to take your business proposals seriously is a nightmare. None of them want
to take a decision for fear of being wrong, so they pass the buck upward through tier after tier of management. So when David Cameron says he wants to change the way civil servants work, encouraging them to seize the initiative and commission new projects and technologies without waiting for bureaucratic reviews, we ought to be uncorking the champagne and throwing a party. One optimist is David Chassels (pictured above), the founder of Procession Software, which competes with IBM and Capita for government IT contracts. Chassels is scathing about current procurement procedures, blaming bureaucratic, responsibility-shy civil servants for sticking with the big contractors irrespective of merit. “The Big Society is about empowerment, and the civil service is in desperate need of a dose of it. They should have the power to spot errors and shortcomings in their IT infrastructure and take immediate action to resolve them. I had an experience whereby the Department for Work and Pensions paid £50m for a system that should have cost £5m. The civil servants didn’t care. It wasn’t a problem for them. They weren’t taking responsibility for the issue. The Big Society needs to change this culture. David Cameron is talking about trusting the people to make decisions. If civil servants know they can say: “Hey guys, I’ve discovered a great new technology that does the job so much better”, and buy it, then small, innovative technology companies stand a good chance of winning more contracts.” Chassels, for one, is hoping to return to Whitehall with fresh demands that officials take a good look at how Procession could slash IT costs. If the culture does change, entrepreneurs can look forward to big contract wins. Read more on page three