Prior to the announcement he revealed that corporation tax would be cut from 20 per cent to 17 per cent, calling it “one of the most distortive and unproductive taxes there is”.

The chancellor said the move would support British businesses, while making the UK an enticing location for large multinationals, which will be monitored to ensure taxes are paid here, not overseas, to make things fairer for smaller companies.

And with overseas merchants in mind, Osborne segued into his plans to help small businesses competing against internet retailers – particularly the ones operating from abroad.

“I also want to address the great unfairness that many small businessmen and women feel when they compete against companies on the internet,” he said.

“Sites like eBay and Amazon have provided an incredible platform for many new small British startups to reach large numbers of customers. But there’s been a big rise in overseas suppliers storing goods in Britain and selling them online without paying VAT.

“That unfairly undercuts British businesses both on the internet and on the high street, and today I can announce that we are taking action to stop it.”

He added renewed support for the sharing economy in the process, a sector that has already received significant backing from the government, with a view to encourage the use of online.

The micro-entrepreneurs using services such as Airbnb to rent out homes or lend goods through the internet will receive tax relief to help nurture their endeavours.

“Our tax system should be helping these people so I’m introducing two new tax-free allowances each worth £1,000 a year, for both trading and property income,” said Osborne.

“There will be no forms to fill in, no tax to pay – it’s a tax break for the digital age and at least half a million people will benefit.”

“This is a colossal win for Britain. We are the first in the world to introduce a sharing economy allowance that allows individuals to earn up to £2,000 tax free. This demonstrates the UK truly is the home of the sharing economy and leading the global stage in this space,” she said.

“The trade body, Sharing Economy UK, has championed tax breaks such as this for some time. Consumers need to be able to use sharing economy platforms such as Airbnb and TaskRabbit to top up their income without the fear that they are breaking the rules.

“65 per cent of those participating in the sharing economy are female. This move brings us a step closer to empowering these women and other micro-entrepreneurs to live and work in a flexible way.”

Wosskow has exclusively told Real Business this month why women workers and better sharing stats are the key to boosting UK productivity. 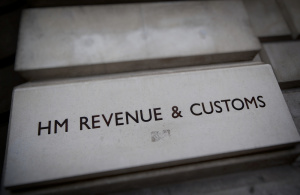 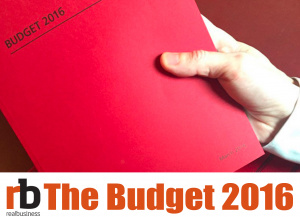