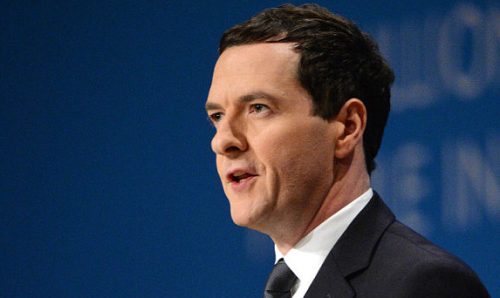 Faced with pressure to bolster tax revenues, while also strengthening the trading environment for UK businesses, there are a number of potential measures which could have a significant effect for SMEs.

At the top of the SME wish list is an acceleration of the announced reductions in Corporation Tax ? currently standing at 20 per cent and being reduced to 19 per cent in 2017, then 18 per cent in 2020. Moving these dates forward would promote business confidence at a time of legislative uncertainty in the lead up to the EU referendum. If the chancellor is keen to maintain the UK?s ?open for business? status and attract foreign companies to invest here, this could be a shrewd move.

In terms of measures which could be implemented to raise additional funds for the treasury, keep a close eye on Capital Gains Tax (CGT). Although the government has ruled out incremental increases in Income Tax, National Insurance and VAT, CGT has not been promised protection, and we could see this rise. Although this would increase the liability of certain taxpayers, this could provide an opportunity for the Chancellor to simplify the tax system, aligning CGT, which currently stands at 18 and 28 per cent for basic and higher rate tax payers, to match Income Tax bands of 20, 40 and 45 per cent. Read more tax-related stories: Consolidating the tax system in this way is also likely to reduce the opportunity for tax avoidance, by removing the disparity in rates. Similarly, Osborne may move to reduce the higher rate of income tax from 45 to 40 per cent, incentivising high net worth individuals and minimising the motivation for such individuals to engage in tax avoidance schemes.

A large reduction in Entrepreneurs’ Relief is a very real possibility. This has been on the cards for a while and it is suspected that the chancellor may move to reduce the lifetime allowance, which is taxed at a reduced rate of ten per cent, from ?10m to ?5m. This would be a blow for business owners, and could lead to more individuals spreading ownership of their organisation jointly with their husband or wife, effectively doubling the value that can be extracted from the sale of the business at the ten per cent tax rate. However, there are implications over and above tax that need to be considered in this scenario. Failing this, funds above the threshold will be subject to a Capital Gains Tax rate of 28 per cent. While there are likely to be a number of amends to government policy in this latest Budget, if there?s one thing we know about the chancellor, it is his ability to catch us by surprise. For SMEs any changes that signal a simplification of the tax system will be seen as a positive. However, for many, their confidence and continued success depends on the ability to react to the new fiscal landscape, sensing opportunities and addressing any potential threats as they develop. Ahead of the Budget the ACCA offered chancellor George Osborne advice, suggesting he should stick to keeping the steady pace of recovery going. Richard Godmon is head of corporate tax at accountancy firm Menzies.