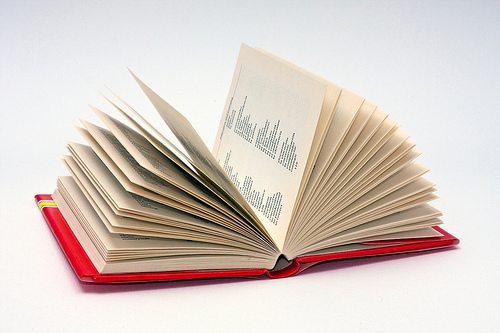 Accountability: If this goes belly-up, someone has to take the blame. Best to choose someone junior that we can afford to let go.

Align: Being forced to agree with something that you don’t agree with. Essentially alignment is when someone knits you a fancy balaclava so you can pull the wool over your own eyes. Amazing: Nothing in the office is truly amazing, rather some things are less nondescript than the alternatives. Associate: Dogsbody, peon, lackey, underling, grime-shovelling trollop. Collaboration: Arming yourself with more people to blame if it goes belly up. Consensus: Being forced to agree with your seniors. Culture: A property of yoghurts and companies. Management typically chooses a set of words or phrases that describe how they would like you to behave. They have to keep reminding you because this is not how you actually behave. “Jim, are we a debacle or a fiasco?” Delegate: Surely someone who gets paid less should be doing this? Development: When it is cheaper and easier to ask a marginally inadequate person instead of firing them for someone better but more expensive. Dialogue: When one of your seniors would like to pretend they care about what you have to say, before telling exactly what they were thinking in the first place anyway. Embellish: Lie. See “Exaggerate”. Exaggerate: Lie. See “Embellish”. Flat (Structure)1: A common company lie – temps don’t decide next year’s capital expenditure. Flat (Structure)2: However, there may be opportunities for a promotion that doesn’t come with a pay raise. Harness: This has nothing to do with lifting a horse. Small words like “use” have no place in the office. You don’t use your ability, you harness it, apparently. This word is for people who want to look smarter. Of course, since it’s obvious you’re trying to look smart it makes you look silly, like a horse in a harness. Informal: Same as “formal”. Interpersonal skills: A term used by people who have none. A man who says he has good interpersonal skills was the kid at school who pretended he had had sex. I would have been that kid but everyone knew I hadn’t. Interesting: Means “not interesting,” as in “that’s interesting” after a colleague presents a new proposal that’s as interesting as watching a worm poo. Job security: When no-one else would touch your job with a barge pole, either because it’s too hard, dull, specialised or unappealing. Leverage: See “Harness”. Meeting: A meeting is a formal process of collective time-wasting. Similarly, since a conference is a big meeting it must be a big waste of time. Mind shower: Apparently, the term brainstorming is offensive to epileptics. I couldn’t make this stuff up. Objectives: I was told that someone once complained, or rather “objected”, to the fact they didn’t known what they were doing. Objectives were created to keep us occupied and lull us into a false sense of purpose. Well done consultants, you win this round. Policy: “I don’t want to have to think about this or take the blame when it goes wrong.” If we all follow policies we can blame them, not ourselves, when they go wrong. Proactive: I think this has something to do with yogurt. Professionalism: Learning to smile when people suggest new places to store your pen. Promotion: When a more senior manager gets fired for misconduct and they need someone to fill the gap. Rationalisation: A professional-sounding word for sacking an awful lot of people. A small coffee is now a downsized caffeine intake. Redirect: Here’s an example, see “Delegate”. Restructure: Company swaps some words in a giant hat of job titles and one of the musical chairs is pulled away. Senior executive vice president: One up from the janitor. Silo: You don’t like the people in your department so why would you want to work with people in other departments? That could only mean more work. Strategy: A business plan that comes from boardroom divination involving goat’s entrails and tea leaves. Alternatively, hire consultants. Streamlining: The same as rationalisation, except it can include reducing benefits and amenities as well as people. Synergy: Mythical creature, like the unicorn. When no-one wants to work with anyone else then its hard to see how making more people work together can have a positive outcome. Targets: If we mix some of these with specificity, a timeline and a little accountability, we could wrap it all up into a two-day course, create an acronym and suggest that this is a pillar of excellence, a plinth of purpose, or an obelisk of achievement. Time management: Remember it’s a marathon, not a sprint. So you’re going to be sprinting for a long, long time. Universe: Limited set of possibilities, not in any way akin to the enormity of the real universe. Examples include the “marketing universe” and the “investible universe”. I’m glad I wasn’t born in either of those universes, I’d be a very boring alien. Verbiage: Words. Visionary: The person who’s idea we’re stuck with. It wasn’t the best idea but they’re the most senior person, who, by definition must be a visionary. Do you think the cart has ever led the horse somewhere useful?