James Hunt, founder of Everyman Legal, showed us a copy of the letter he sent to the PM at the end of last year.

At Everyman Legal, we believe we have a great idea to help stimulate growth among established SMEs across the country.

Established SMEs with a proven business model and management team are likely to prove a much better engine for growth than startups, which are high risk and have a high rate of failure. However, private and public equity markets are failing to meet the needs of SMEs. Yet there is a deceptively simple solution that involves the application of the Big Society principle (localism and self-help by local communities) to the provision of risk equity to SMEs.

The City’s best-kept secret is Sharemark, a stock market for smaller companies, which can be used by SMEs to raise small amounts of risk equity. By harnessing capital earmarked for the Business Growth Fund under a match-funding basis for Sharemark entrants, any company which has raised not less than £250,000 of equity capital should qualify for matched funding on the same terms from the Business Growth Fund.

To qualify to join Sharemark without the production of a costly prospectus a company must have 100 shareholders. Following discussion with Sharemark, Everyman Legal is pioneering a new method to create that shareholder base through the transfer of five per cent of its issued share capital to deserving local charities and not-for-profit organisations.

By signalling its intention to seek admission to Sharemark in this way, Everyman has already stimulated interest in and investments in its own issued share capital. It intends to become the first law firm in England to take advantage of the new Legal Service Act regime for Alternative Business Structures.

Before Big Bang in the City of London in October 1987, there were regional stock markets and the private placing was a common tool. The solution we are proposing is one to capture the spirit of local enterprise known to all our fathers and meet the equity gap identified in the MacMillan Report after World War Two.

We’d be delighted to host a discussion between representatives of the Business Growth Fund, Sharemark and Everyman Legal to explore using a part of that Fund in this way, and if appropriate, agree the investment funds to be earmarked and procedures for matched funding.

Read James’s diary entries as he prepares his company for a Sharemark float. 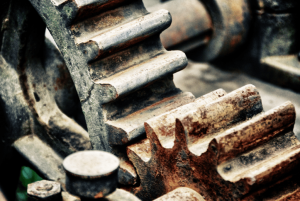 Scottish manufacturers to scale back investment