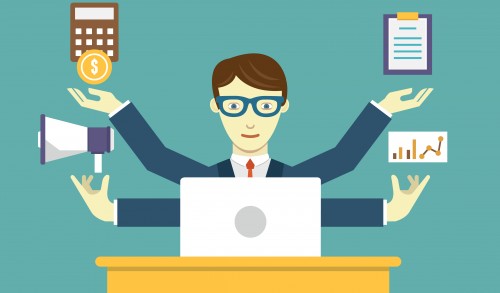 Over the past few years, businesses have implemented a mix of matrix-based corporate structures and social media tools in an effort to create a ?one firm? culture. Such investments are often intended to better integrate the efforts of employees so as to improve innovation. Yet one unintended outcome has been collaboration overload.

A growing body of academic evidence demonstrates just how serious the problem is. Gloria Mark of the University of California allegedly discovered that interruptions, even short ones, increased the total time required to complete a task by a significant amount and potentially watered down the quality of work. A second objection is that, whereas managers may notice the benefits of collaboration, they fail to measure its costs. Rob Cross and Peter Gray of the University of Virginia?s business school estimated that knowledge workers spend 70-85 per cent of their time dealing with an avalanche of requests, emails and meetings. Employees are thus spending so much time interacting that they have to do a lot of their work when they get home at night.? This was further highlighted by a recent Harvard Business School article, which posed the question: Is it always necessary to boost the use of teamwork? It said: ?At many companies the proportion hovers around 80 per cent, leaving employees little time for all the critical work they must complete on their own. Performance suffers as they are buried under an avalanche of requests for input or advice, access to resources, or attendance at a meeting. They take assignments home, and soon, according to a large body of evidence on stress, burnout and turnover become real risks.? Read more about productivity:

Technology makes the world go round

As was suggested by Business Sense in an article about remote homeworking, having staff work outside of the office shouldn?t be considered a bad thing. In fact, with the numerous delays and strikes that the UK has recently faced, some would say it was a distinct advantage. But once again, the issue of staying connected with work at all times raises its ugly head. While remote working systems now ensure staff can access and do all they need to do from the field, home or even local caf?, Harvard Business Review explained that the current ?always on? mentality, as well as the fear that people think you?re procrastinating while at home, means that staff work on without breaks. ?Performance clearly suffers,? it claimed. ?They take assignments home, and soon, according to a large body of evidence on stress, burnout and turnover become real risks.? According to Onfido?s communications associate, Irene Alegre, the company uses a nifty tool called Slack. This web-based messaging tool enables staff to to take emails out of the equation ? one less thing to be flooded with.??It?s a simple messaging tool that is intuitive, fun and very handy when sharing documents,? she suggested.?

Staff need to learn how to say no

Steve Jobs once famously said: ?It?s only by saying ?no? that you can concentrate on the things that are really important.? Of course, saying ?No? can be awkward, uncomfortable, and downright difficult. After all, it is human nature to want to be liked, and what better way to be liked then to make people happy by saying ?Yes? when they make a request of you? However, Harvard Business Review hinted out that 20 to 35 per cent of value-added collaborations only came from three to five per cent of employees. As such, those struggling to get a handle of the two letter word will find their productivity taking a nosedive.??As people become known for being both capable and willing to help, they are drawn into projects and roles of growing importance,? it said. The article did offer some handy advice if you know any employees suffering from this habit. ?Show the most active and overburdened helpers how to filter and prioritise requests; give them permission to say no (or to allocate only half the time requested); and encourage them to make an introduction to someone else when the request doesn?t draw on their own unique contributions,? it explained. However much you may want a workforce to enjoy being at work, the bottom line is always that to be profitable, grow the business or meet other business objectives you need a productive team.