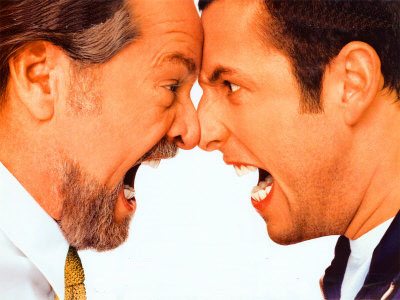 We?ve all said things that we’ve regretted afterwards. Whether in our business or in our personal lives, saying too much can really bite you on the nose.

Sharp-tongued characters such as Gordon Ramsay or Alan Sugar make for good TV if you like that sort of thing (I don?t), but remember that although these are so-called “reality” shows, they are still heavily staged. This means that the protagonists can get away with saying things there they could never say in real life.

Letting your mouth say exactly what you?re thinking when you?re angry is almost never a good idea. While you may feel better for a couple of seconds afterwards, it just causes too much trouble.

Yet, unfortunately, some people are more prone to speaking before thinking than others. I?ve lost count of the number of times I?ve been called in to rectify a mouthy manager?s mistake and it?s usually not an easy process.

The recent case of Ms Roberts demonstrates this well. The employee in question worked in a ?Cash Zone? outlet store on a Saturday and had just turned 18 when she was offered the job. There were concerns about Ms Robert?s lack of experience which were not related to her age, but the fact that she might have trouble dealing with potentially distressed customers.

Ms Roberts was trained by a colleague, Ms Peters, on a large number of rigid procedures. However, after the first few weeks, the two were rarely together and so Ms Peters communicated with Ms Roberts by creating a Word document that set out the issues that Ms Roberts should attend to when she came into work.

The tribunal found that this document was ?informal to the point of unprofessionalism? and that Ms Peters was not ?tolerant of, or patient with, the shortcomings of others or of the claimant?.

For example, one document contained swearing. Even if foul language is the norm in your workplace, we know that the courts don?t accept the abundant use of that doesn’t give it a ?sanitising effect? (Horkulak v Cantor Fitzgerald International). In other words, it?s not OK.

The document also contained exclamation marks and portions of text that were highlighted with capital letters and large fonts. Ms Peters also accepted that she had referred to Ms Roberts as a ?kid?, a ?stroppy kid? and a ?stroppy little teenager? on occasion, and had become convinced that Ms Roberts was incapable of doing her job.

On Ms Roberts’ return from holiday, she was called into a meeting without notice, and dismissed on the spot. Ms Roberts brought a number of tribunal claims, including age discrimination.

By using the language she had, Ms Peters made it very easy for Ms Roberts to raise a challenge. The tribunal found that the ?teenager? and ?kid? comments amounted to harassment on the grounds of age. The way in which Ms Peter?s referred to Ms Roberts was judgemental and used to criticise her. In referring to her in this way, she had harassed Ms Roberts using a stereotype that related to the protected characteristic of the age. Ms Roberts was awarded ?2,000 for age harassment.

Age discrimination legislation protects employees from less favourable treatment on grounds of age (whatever the age). When you?re frustrated, it?s very easy to resort to words that stereotype somebody on the basis of their age. Whether that?s calling somebody a ?stroppy brat? or a ?grumpy old-git?, both have the potential to land you in hot water. A down to earth and straight talking management style is all very well, but managers must be mindful of risk areas and avoid them.

In most cases, words are expressed in the heat of the moment, and are not actually said with real intention. But although you can apologise, you can?t retract words once they?ve been told and so it?s probably worth keeping your emotions in check and your mouth zipped where possible.