You don’t have to look hard to find stories of greedy quangocrats stuffing their pockets with taxpayers’ money. What fascinates me about regulators, though, isn’t their greed. It’s their capacity for deluding themselves into thinking they’re doing everyone a favour.

The following is an extract from the user guide to the Department of Energy and Climate Change’s new Carbon Reduction Commitment or CRC Energy Efficiency Scheme. I have read it a dozen times, wondering: do they really believe this, or is it pure bluster? I’ve decided the former. I think the officials who wrote it really have convinced themselves that they’re doing businessmen a favour.

“As well as reducing our carbon emissions, by increasing energy efficiency, the scheme will help organisations save money by reducing their energy bills. These savings should be well in excess of the costs of participating in the scheme.”

For anyone still unaware of the CRC Energy Efficiency Scheme, let me briefly explain what it is. As of the end of September, any business with at least one half-hourly electricity meter must register for the scheme and produce reports of how much energy they are consuming. Any business using more than 6,000MWh of electricity per year must go further and purchase permits, effectively buying the right to pollute. For the pleasure of doing this, they must pay a registration fee of £950 plus an annual fee of £1,290 to pay the wages of the civil servants who administer the scheme. Failure to produce complete records will be met with stiff fines of up to £5,000 plus £500 per day.

Let’s leave aside for a moment the question of whether the UK should be unilaterally trying to slash its carbon emissions, the CRC scheme being extra to the EU Emissions Trading Scheme. It is the assertion that the new scheme will help save businesses money that bothers me. Do ministers think businessmen are too stupid to realise that they could cut their costs by becoming more energy-efficient? Only by being forced to sit down and fill in regular reports on their energy usage, they claim, will a businessman finally come to realise that he could save money by switching off the lights when everyone goes home at night.

Unlike government departments – several of which have been photographed with their lights blazing at night – businesses are, of course, acutely sensitive to waste, which is why they have been trying to make the most efficient use of energy since long before the government discovered global warming. If the government has decided that energy use must be cut faster, it already has a simple mechanism for achieving this: raising fuel taxes, preferably at the same time as reducing other taxes on business. The higher the fuel costs, the greater the incentive for firms to cut energy use – and cut it they will.

But a policy of raising fuel taxes has a major fault: it doesn’t create jobs for bureaucrats, nor instil in existing officials a sense of power and self-worth – these can only be achieved by dreaming up new schemes with glossy user guides to match.

The CRC scheme will provide one incentive the government did not intend: to take businesses abroad. Fundamental to the scheme is the idea of trading permits – any company that finds that it has more permits than it needs will be able to sell them to other businesses. The idea is that the total number of permits will be capped, putting a limit on carbon emissions. But the cap will only apply in Britain, so an expanding firm will be faced with a choice: buy more permits, or flog the ones you own and shift production to Asia, where no permits are required.

Ministers will boast that they have helped save the world, without stopping to think what they have really achieved: merely to outsource our carbon emissions to the Far East. 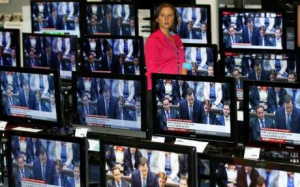 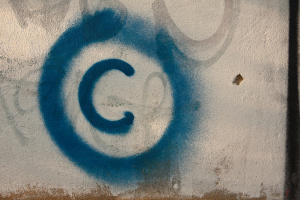 Increase in “piggy-backing” claims against startups