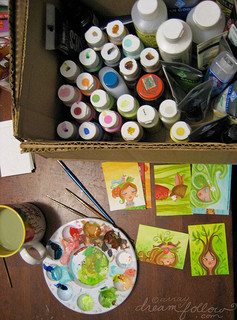 Share via
The average lifespan of a company listed in the S&P 500 index of leading US companies has decreased from 67 years in the 1920s to just 15 years ? and the rate of decrease is now higher than ever. Not only technology-based companies such as Dell, Nokia, and HP struggle with the need for reinvention, but also many large companies in more traditional sectors such as steel and manufacturing are facing what seems to be a brick wall in the search for growth and margins from their core business. In Arthur D. Little?s 2011 survey of nearly 100 CTO?s, the proportion of revenues from entirely new business areas was expected to double in the next decade compared to the previous. Just being able to manage business intelligence is more complex than ever ? IBM estimates that over 90 per cent of the data in the world has been created in the last two years. Pressures such as increasing global competition, faster product lifecycles and more empowered, interconnected customers mean that companies need to constantly change just to stand still. All this places a huge premium on a company?s ability to be constantly creative ? both in terms of products, services and business models, and in terms of its ability to transform itself whilst maintaining stable business operations. In this article we explore the case for the emergence of a new era for business – the Creativity Era ? and we suggest some critical success factors for companies to prosper in this new era.

Why the Creativity Era?

An era may be defined as ?a long and distinct period of history with a particular feature or characteristic.? Since the industrial revolution began we have seen a succession of such eras. Whilst there may be different ways to cut these, we find it useful to recognise three main eras that bring us up to the current day: The Mass Production Era, the Productivity Era, and the Internet Era. Each era was ushered in by a confluence of different factors: for example, the Mass Production era was driven by demand from growing populations with new purchasing power, and enabled by the availability of new manufacturing technologies. Looking forward there is a good case to be made for the emergence of a new era, also driven and enabled by a confluence of factors which are already significantly affecting businesses worldwide. We call this the Creativity Era, because it this process ? generating new and original ideas ? that is now becoming the central imperative for companies to achieve sustainable business success. We see four main factors driving the need for Creativity, in a dynamic self-reinforcing system. Looking at each of these factors:

First of all, we are only just at the beginning of a truly ?flat world? where competition is expanding at a pace that has never been seen before. The emergence of BRIC and other developing economies is still continuing apace. For example in 2011 the Intellectual Property (IP) offices in China became the largest in the world with 24.6 per cent of the filed patents and growing rapidly at 22 per cent average annual growth 2008-2011. Multinationals from developing economies play an increasing role on the global stage, for example Tata Industries and Huawei. In addition, there is increasing competition in Western economies from the growing power of start-ups. It is now easier than ever before for start-ups to steal a march on established firms, for example due to lower technological barriers (especially in the digital sectors), easier access to funding as Western states try to rekindle their flagging economies, and the growth of stronger and better organised business and knowledge networks. In these fast-changing ecosystems it is sometimes the small companies that play a key role.

In the B2C sectors a revolution has already taken place in customer power and expectations. As networking and social medial tools have taken hold, customers have increasingly high expectations for the solutions that companies provide. Their shared opinions now influence buying decisions as much as companies? own efforts, and they are much more ready to switch brands to access the newest and best products and solutions. Customers have become part of the design process itself, and disruptions in segmentation and business models are more frequent than ever. One of the effects of this is a massive acceleration of product life-cycles and hugely-increased diffusion rates for technology: For example it took 19 years for PCs to reach 50 per cent of American homes in the 80s and 90s, but it only took seven years for DVD and six years for MP3 players. A key enabler is the creation of ?marketplaces? such as Amazon and eBay and communities such as Mumsnet where quality perception and price information is exchanged so readily. In the B2B world we are now starting to see similar trends emerging. Taking advantage of the expanding competitive landscape, business customers are now much more ready to change suppliers to find the best solutions. Business customers expect their suppliers not just to deliver a product or service, but to work creatively to deliver solutions customised to their own changing needs. The growth of advanced partnership concepts, where the roles of supplier/customer/competitor start to blur, means that established business models are becoming more frequently disrupted.

The pace of technological advance is increasing ? for example the number of patents filed in US courts has increased from 1165 in 1995 to 3977 in 2011, and with an average annual growth rate 2009-2011 of 20 per cent. This means that the pace of innovation that companies may have become accustomed to in the last decade will not be sufficient for the future. For example, a recent foresighting project by the IRI, a key association of industrial R&D leaders in the US, predicts a future ?with companies relying far more on speed to market than intellectual property protection in value creation.? Furthermore there are many technology ?megatrends? ongoing today which most observers believe will radically change the world still further in the next ten to 15 years ? for example mobile technologies, advanced materials, advanced robotics, distributed energy, 3D printing and many others. It is therefore increasingly important for companies to stay informed about these key technologies as they develop, both to benefit from the opportunities they present and to avoid damage or even destruction.

In the Productivity Era, one of the enablers for companies to respond to imperatives for greater efficiency and effectiveness was the emergence of practical management science tools and approaches that could be replicated with some confidence across the business. Similarly in the Creativity Era, one of the greatest challenges businesses face in responding to the need for radical change and reinvention is how to ?manage collective creativity? in a systematic and controllable way. Whilst creativity tools and approaches have been around for many years, we are now just starting to see the emergence of new approaches to systematise these in a way that is practical and replicable. All over the world, academics and consultants are working hard to understand ?creativity management?, just as they did 30 years ago with new product development. All these factors together are creating a strong pressure for companies to make a step-change in the way they use creativity in order to: What?s more the revolution has already begun. For example, the South Korean manufacturer Samsung invests heavily in R&D and in studying its markets and innovating inside them. Samsung has some 60,000 staff members with a broad set of different educations and backgrounds working in 34 research centres across the globe where they poll consumers, buy third-party research reports, but also study trends and other sources of inspiration for ideas. Another example is Fujifilm who already in 1980s realised that photography would be going digital and started to develop in-house expertise in new businesses and applications. Its expertise in nanotechnology for placing chemicals onto film, for instance, was carried over to applying cosmetics to facial skin; experience with photosensitive materials helped it with fine chemicals and industrial materials. By having a long-term vision and investing in creativity, Fujifilm was able revitalise itself and prosper. What?s more, as the leaders progress in creativity management, the need for excellent creativity just to keep up accelerates still further. We think that the need for creativity is setting the new paradigm for business in the coming years. Continue on to page two… Image source