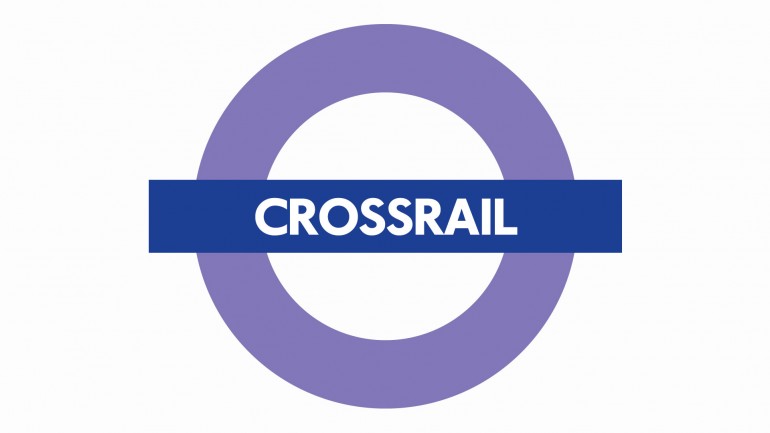 Five years have passed since construction started on the 14.8bn Crossrail project. The overarching vision is to evolve the travel experience for the 750,000 people living in the South East of England who currently endure a convoluted commute into London for work.

It’s not just individuals who will benefit from the 73-mile long track either although 10,000 people have been hired to work on the initiative already, including almost 300 graduates.

Crossrail plans to transform the prospects of businesses too, declaring: Over the course of the project, we expect there to be at least 75,000 opportunities for businesses, generating enough work to support the equivalent of 55,000 full time jobs.

It means that with London more accessible to the neighbouring counties of Essex, Kent and Berkshire businesses in areas surrounding the city will have more chance to find partners and new recruits, with the transport link set to to have an economic benefit of 42bn.

The construction sector in particular has already benefitted from the project, as Crossrail claims to have let some of the largest value contracts in recent UK construction history providing a much needed boost to the UK construction industry as well as creating major employment opportunities.

Apprentices are a big focus in the UK right now, following on from George Osborne’s comments at the Autumn Statement when he revealed National Insurance would not apply to businesses taking on trainees under 25 in a bid to abolish youth unemployment altogether.

And on 9 December, the government announced a milestone of 2m apprentices enough to fill up 25 London Olympic Stadiums. As such, Crossrail is looking to support the trend and has created 350 apprenticeship positions, with a minimum target of 400.

The service noted that companies of all sizes nationwide are winning new business, with more than a third in London and 62 per cent outside of London while 58 per cent are small and medium-sized firms.

Reading and Heathrow will become more accessible on the west side of the line, while the east side will open up Shenfield and Abbey Wood areas. More than 26 miles worth of tunnels are being built underground and 40 Crossrail stations in total will be opened, with new ones at sites including Paddington, Bond Street, Tottenham Court Road, Farringdon, Liverpool Street, Whitechapel, Canary Wharf, Custom House and Woolwich

In addition to convenience and business prospects, comfort and less congestion should be expected as torturous London Underground experiences will be lessened as travellers benefit from rail capacity increasing by ten per cent. Times are also expected to be cut, with the Heathrow journey time almost halving from 55 minutes to 32 minutes.

Although development has been underway for some time, it’s quite understandably still got a long way to go and the first Crossrail service through central London won’t launch until late 2018.

That said, the 200m-long Crossrail trains are set for maiden voyage in May 2017 when the Liverpool Street to Shenfield route starts running. Liverpool Street is, of course, within walking distance of Shoreditch and its respective Tech City and Silicon Roundabout communities, so could we see an expansion to Essex where rent is currently cheaper Not necessarily.

While property costs on the outskirts will be lower than they are in the city at present, prices are set to fluctuate with the launch of Crossrail, which could potentially add a value of 5.5bn to residential and commercial property good news if you’re landlord but not so great if you’re a tenant.

Residential capital value in central London Crossrail areas are set to rise by 25 per cent and by 20 per cent in the suburbs, with value increasing in Essex and Berkshire too.

Real Business reached out to Crossrail for more on what developments are set to take place in 2015 and its spokesperson Peter MacLennan, said: The new rolling stock for Crossrail will first be introduced in May 2017 on the existing Liverpool Street to Shenfield section of the route.

Transport for London will take over the existing stopping metro services between Liverpool Street and Shenfield in May 2015 as part of the Crossrail train operating concession they let to MTR earlier this year. Services are currently operated by Greater Anglia.

As MTR prepares to take over control of the east route in 2015 with existing trains before expanding its hold with new trains in 2017 and over the western lines in 2018, it aims to hire around 1,100 staff with up to 850 new posts, creating many hundreds of jobs for local people. Those jobs are to include 400 drivers and more than 50 apprenticeships from communities along the line.

A statement suggests the Greater Anglia control has been less than satisfactory, with MTRs employment ambition achievable as the trains and stations [currently in operation] will all be cleaned and refreshed. Disabled people needing assistance will be able to turn up and go, with no need to pre-book assistance, as staff will be fully trained and equipped to assist customers at all stations, as is already the case on London Underground and London Overground services [the latter of which is operated by MTR].

Announcements surrounding Crossrail expansion continue to to roll out, and this will likely continue throughout the new year as we draw closer to the launch. Crossrail 2 has already been confirmed to connect Chelsea and Hackney areas with mayor Boris Johnson’s support.

In October, the mayor said: “For the capital to remain globally competitive there needs to be continued investment in our transport network and thats why we have to get cracking on planning for Crossrail 2. Its an essential infrastructure project that will deliver thousands of new homes and jobs, as well as helping to keep our great city moving.

And in November, Johnson provided 28m to remodel the areas around the stations with a view to make them safer and more secure, aligning with MTRs takeover in May.

Adding to the push for better transport services, the London Assembly issued a statement on 10 December, declaring rail links between London and Stansted Airport must be improved as part of the Upper Lee Valley Opportunity Area plan.

The scheme is designed to regenerate London Boroughs of Enfield, Haringey, Waltham Forest and Hackney, creating 20,100 new homes and new employment by 2031.

Joanne McCartney AM, who proposed the motion, said: Unlocking the potential of the Upper Lea Valley will transform the area creating over 15,000 new jobs and building whole new communities. To realise this vision we urgently need to see an expansion of the rail links between Liverpool Street and Stansted Airport.

There is no need to wait for Crossrail 2, National Rail should commit now to four-tracking the Lea Valley line and reaping the benefits to be gained from better connectivity.

Building on the progress we can expect from Crossrail in the new year, MacLennan continued: Crossrail is 60 per cent complete and being delivered on time and on budget. During 2015, Crossrails major tunnelling works will conclude and the focus will shift towards fit-out and implementing railway systems within the tunnels and stations.

With the tunnelling to end in the spring, Crossrail will excavate the former Bedlam burial ground in Liverpool Street from March, exhuming thousands of bodies and artefacts dating from Roman times through to the eighteenth century [as part of] the UKs largest archaeology project.

From the outset we identified that there was a shortage of talent in the labour market. We wanted to do something to re-energise the skills base within tunnelling and underground construction particularly, but in rail engineering and infrastructure generally MacLennan explained.

The Tunnelling and Underground Construction Academy established by Crossrail in 2011 has been a huge success. This has supported employers looking for workers by providing pre-employment training, tunnel safety training, apprenticeships and advice and guidance to those seeking work.

Read more on what businesses can expect in 2015: