In celebration of International Women’s Day, Facebook held a livestreaming event in which influential leaders had their say on equality. Its global director of diversity, Maxine Williams, hailed the fact that 40 per cent of business pages on Facebook are women-owned – a number that has increased 60 per cent from 2015 to 2016. But to further increase women-led firms, The Crowding Centre has launched a new initiative.

Out of the 5.4m small businesses in the UK, only one fifth are set up by women. The main barriers, it seems, revolve around raising money and financial security – a problem that has persisted despite compelling research statistics.

Kay Klug, the co-founder and director of The Crowdfunding Centre, claimed women are more likely to meet their funding goals. “Not only that, the amounts pledged are larger and there are more backers for each campaign.”

It echoes a report from the Hebrew University of Jerusalem, which used Kickstarter as part of a study. Researcher Alicia Robb explained that female success on Kickstarter gave rise to some confounding findings: Women will invest in women and men are more likely to invest in men.

“There has been evidence of this in other financial markets and in personal situations,” Robb said. “You want to be around people that are like you. Unfortunately, this goes a long way toward explaining why so few women win funding for their companies.”

It doesn’t help that, according to Klug, there is more than one hurdle females face in the funding arena. “Another barrier to women starting a business is confidence, and we know from experience that women who crowdfund gain a boost in confidence from the support and success of their business.”

But how do you get more women involved? After all, a combined effort by Berkley-Haas School of Business and the Kellogg School of Management maintained funding success was due to the vivid and inclusive language women used. They told compelling stories, and so should be more optimistic about the experience.

Fostering such confidence in women is one of the reasons The Crowdfunding Centre has launched a business funding accelerator for women – and it’s now seeking participants for the first all-woman cohort.

The Crowdfunding Centre initiative, in line with Facebook’s revelation, is designed to accelerate investability – to address the main concerns traditional investors such as angels and VCs have when considering funding an early stage business.

Klug explained: “It makes perfect sense to create an all female cohort for our accelerator programme and we look forward to working with some of the brightest and most committed entrepreneurs.”

While application is normally by referral or invitation only, women can apply to be part of the cohort at BizFundingAccelerator.com/BeBoldForChange. 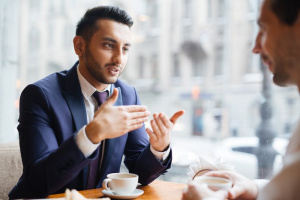 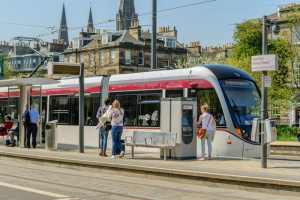